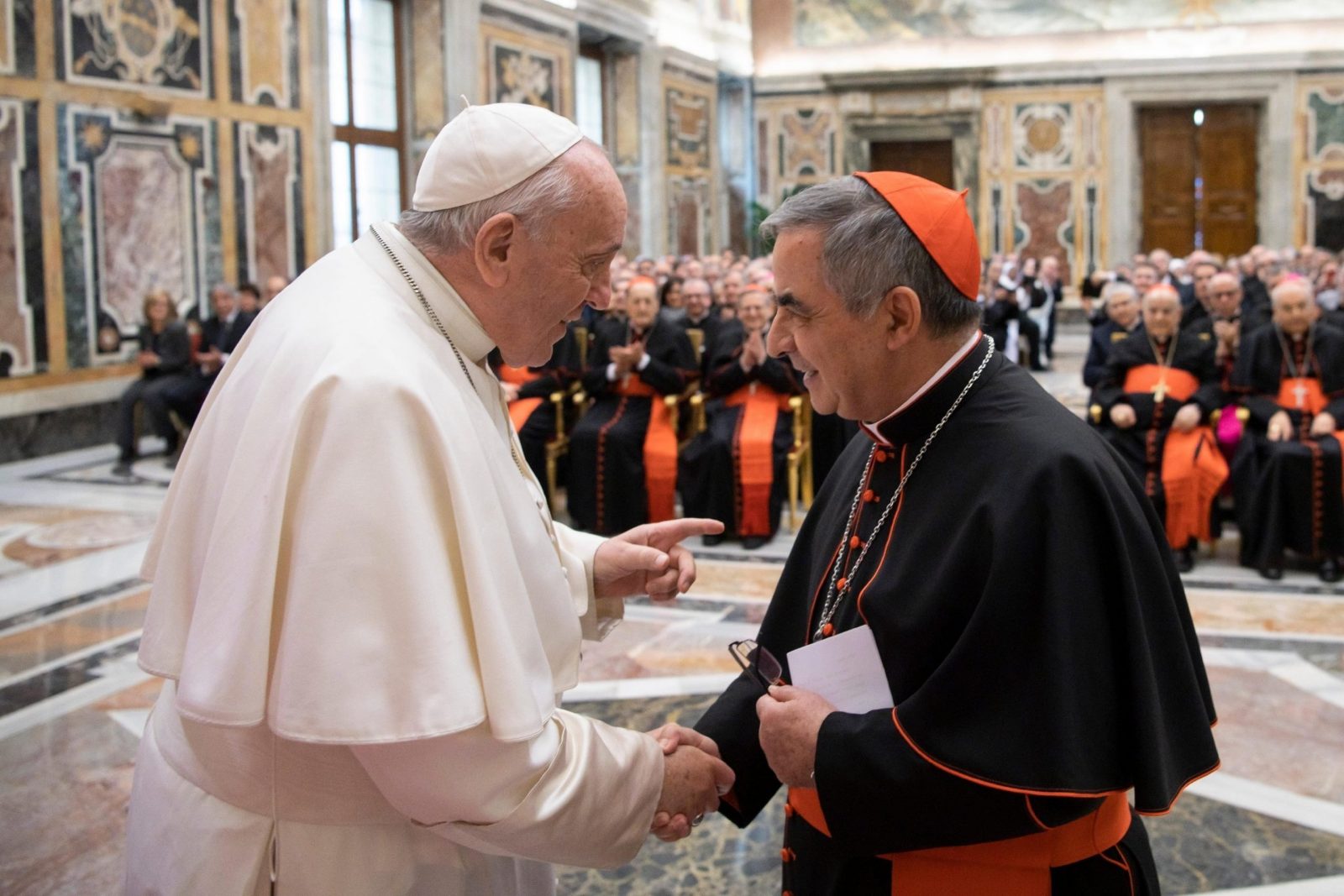 VATICAN CITY (CNS) — Pope Francis celebrated a private Mass on Holy Thursday with Cardinal Angelo Becciu, the former prefect of the Congregation of Saints’ Causes who was forced to resign amid an investigation into suspected financial malfeasance.

However, Vatican News reported that several members of the Focolare movement who were present at the Mass confirmed the pope’s presence.

A Vatican official told Catholic News Service, “It doesn’t seem strange to me that he (the pope) would make such a gesture of paternity on a day like today, Holy Thursday.”

While Pope Francis celebrated the chrism Mass that morning in St. Peter’s Basilica, he had delegated Cardinal Giovanni Battista Re, dean of the College of Cardinals, to celebrate the evening Mass of the Lord’s Supper in the basilica.

The news of the pope’s private Mass with Cardinal Becciu came as surprise given the circumstances that led to his resignation in September.

During a press conference Sept. 25, the cardinal said Pope Francis told him he was being investigated for embezzling an estimated 100,000 euros ($116,361) of Vatican funds and redirecting them to Spes, a Caritas organization run by his brother, Tonino Becciu, in his home Diocese of Ozieri, Sardinia.

“The pope, speaking to me, told me that he no longer has trust in me because a report came from the magistrates that I allegedly committed acts of embezzlement. I admit that the pope was very troubled, and he suffered while telling me this,” Cardinal Becciu said.

No formal charges have been filed against the cardinal. However, Cardinal Becciu has filed lawsuits against two news outlets, accusing them of defamation and claiming that the reports ruined his reputation.

In addition to stepping down as head of the Congregation for Saints’ Causes, the cardinal also was forced to renounce the rights associated with being a cardinal, including the right to enter a future conclave to elect a pope.