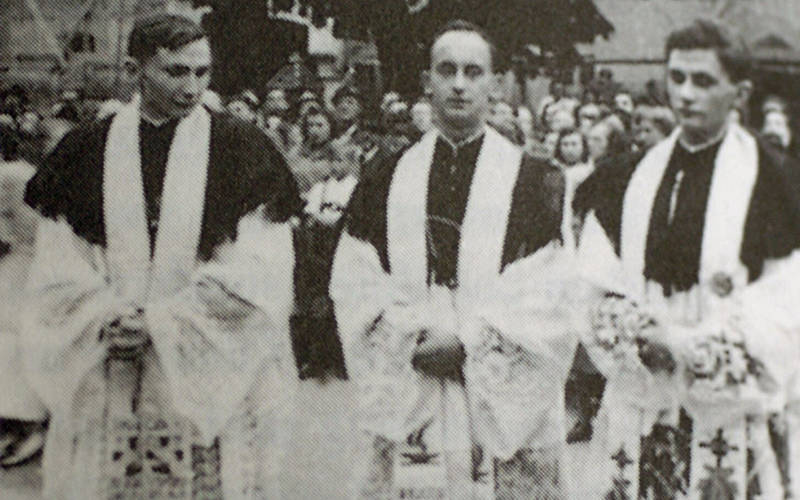 After praying the Angelus prayer with pilgrims gathered in St. Peter’s Square June 29, the feast of Sts. Peter and Paul, the pope led the faithful in applauding his predecessor on what he said was “an anniversary that touches all of our hearts.”

“Our affection, our gratitude and our closeness go to you, Benedict, dear father and brother,” he said.

Born in 1927 in the Bavarian town of Marktl am Inn, Joseph Ratzinger was ordained to the priesthood June 29, 1951, for the Archdiocese of Munich and Freising. Before his election as pope in 2005, succeeding St. John Paul II, he served for 24 years as prefect of the Congregation for the Doctrine of the Faith.

After retiring from the papacy in 2013, the retired pontiff chose to live in the Mater Ecclesiae Monastery at the Vatican, along with Archbishop Georg Ganswein, his personal secretary, and a group of consecrated women.

Pope Francis said that although the monastery was meant to house contemplative communities of nuns, the monastery has made Pope Benedict “the contemplative of the Vatican who spends his life praying for the church and for the Diocese of Rome, of which he is emeritus bishop.”

Before leading pilgrims in a prolonged applause, the pope thanked Pope Benedict for his years of service to the church and his witness of faith.