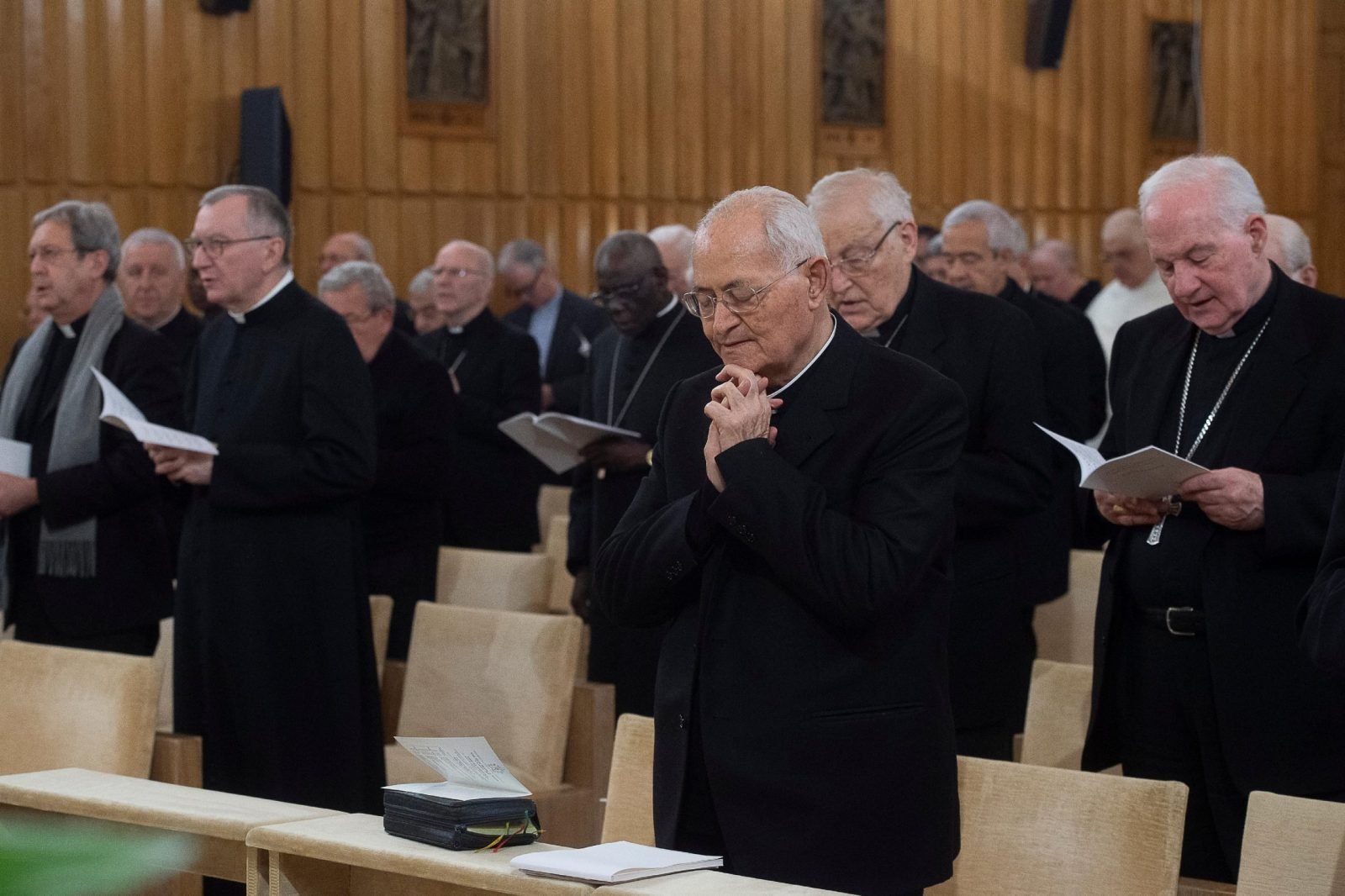 Lenten retreat for pope, Vatican officials canceled because of pandemic

VATICAN CITY (CNS) — Pope Francis sent copies of a 17th-century book of spiritual meditations to members of the Roman Curia to help guide them during their Lenten retreat.

Due to the COVID-19 pandemic, the Vatican announced Jan. 20 that “this year it will not be possible to have the spiritual exercises of the Roman Curia” at the Pauline Fathers’ retreat center in Ariccia, 20 miles southeast of Rome.

“The Holy Father has therefore invited the cardinals residing in Rome, the heads of dicasteries and the superiors of the Roman Curia to make their own personal arrangements, withdrawing in prayer” from Feb. 21 to 26, the Vatican said.

The Vatican also said that during the week, the pope will suspend all of his engagements, including his weekly general audience.

To assist them in their personal retreat, Pope Francis gave members of the Curia a copy of “Abbi a Cuore il Signore,” a collection of meditations and notes written by an anonymous Cistercian monk known as “the Master of San Bartolo” monastery, Vatican News reported Feb. 18.

The book was sent along with a letter from the pope to Archbishop Edgar Peña Parra, the Vatican substitute secretary for general affairs.

“Abbi a Cuore il Signore” is the collection and translation of handwritten notes in Latin found at a flea market in the northern Italian city of Ferrara where San Bartolo Monastery is located.

Auxiliary Bishop Daniele Libanori of Rome, who edited the book, wrote in the preface that the 17th-century notes highlight “the wisdom of common sense” and documents “a sensitivity and experience of the church in spiritual guidance.”

“The volume also features a small treatise on the capital sins,” the Italian bishop wrote. “All this contributes to creating — many years later — a useful reading in order to overcome oneself and go more quickly toward God.”