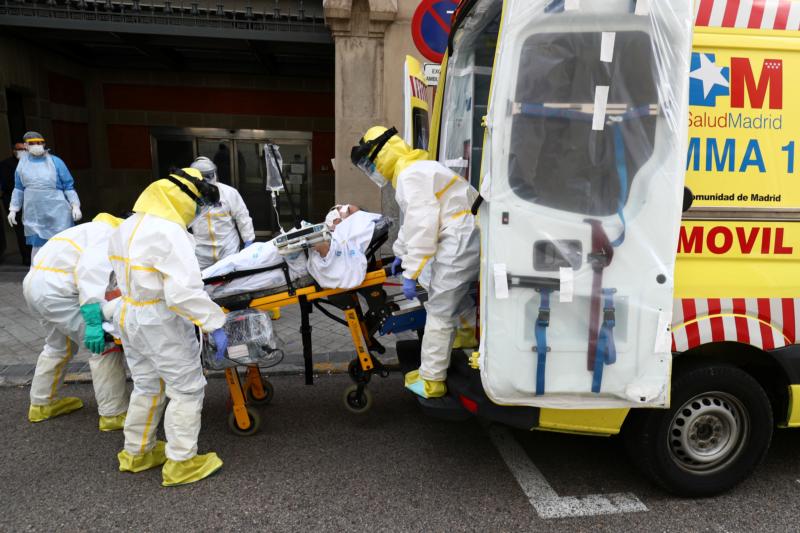 VATICAN CITY (CNS) — To mark his name day, the feast of St. George, Pope Francis gave the gift of medical supplies to several countries reeling from the coronavirus pandemic.

The pope, who was born Jorge Mario Bergoglio, donated respirators, masks and protective eyewear on the April 23 feast of his namesake, St. George, Vatican News reported.

The donation “is a beautiful sign that falls on this particular day in which the Holy Father doesn’t receive a gift but gives a gift to others,” said Cardinal Konrad Krajewski, the papal almoner. The respirators and medical equipment, he added, are “a hug from the pope during a difficult situation for the whole world.”

Vatican News reported that the respirators and medical equipment going to Romania will be transported on a flight carrying a Romanian medical team of 11 doctors and six nurses who had been helping in Italy since April 7. Suceava, the destination of the medical equipment, is in one of the poorest regions of Romania and accounts for 25% of Romania’s coronavirus infections.

According to Worldometer, a statistical site monitoring the pandemic, as of April 23, there were an estimated 9,710 people infected by COVID-19 in Romania, resulting in the deaths of 527 people.

The apostolic nunciature in Spain, along with Cardinal Carlos Osoro Sierra of Madrid, will take charge of the delivery of respirators there. Spain has surpassed Italy in number of infections with an estimated 208,000 cases.

Cardinal Krajewski also confirmed that after personally delivering the respirators to Lecce, he will stop in Naples to pick up a delivery of medicines for the poor in Rome donated by the archdiocese “to thank the pope for his closeness during the coronavirus emergency.” The Vatican delivered two respirators and medical equipment, as well as a huge chocolate Easter egg for health care workers, to the city’s Cotugno Hospital several days before Easter.

This isn’t the first time the pope has made a gesture to those in need on his name day. In 2018, the pope donated 3,000 servings of ice cream to soup kitchens and homeless shelters around Rome as part of his name day celebration.