Pope: Forgiveness is the only weapon to be used against war - Catholic Courier 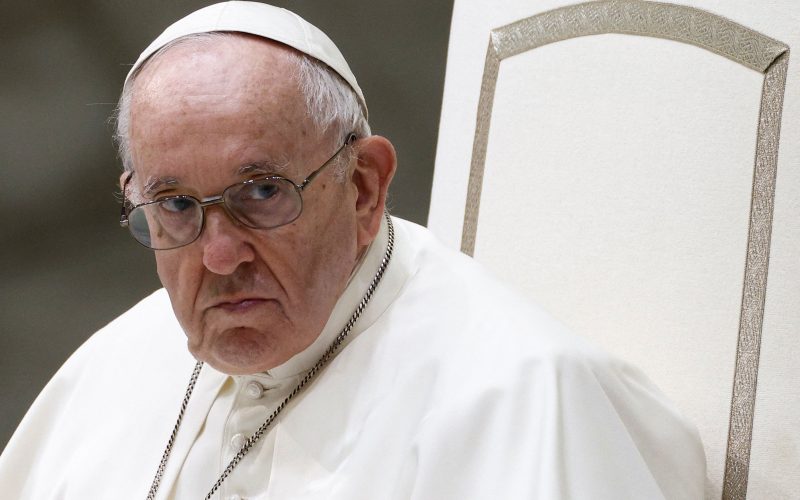 In an interview with the local city paper of L'Aquila, Il Centro, ahead of his Aug. 28 visit, the pope talked about peace, poverty and the earthquake that hit the city in 2009. (CNS photo by Guglielmo Mangiapane/Reuters)

VATICAN CITY (CNS) — Even though it takes more strength to forgive than to wage war, forgiveness is the only feasible weapon that can be used against every conflict, Pope Francis said.

“Evil is never defeated by evil, but only with good,” he said in an interview with “Il Centro,” the local newspaper of the central Italian city of L’Aquila, where the pope is scheduled to visit Aug. 28. The newspaper published the full interview in its print edition Aug. 26, and Vatican News provided excerpts the same day.

The pope invited people to embrace the power of forgiveness, especially with the ongoing war in Ukraine and all the many other “conflicts that afflict thousands of people and especially the innocent.”

“It takes more strength to forgive than to wage war,” he said, adding that forgiveness requires a great deal of “inner and cultural maturity.”

He urged everyone to “cultivate a culture of peace” that comes precisely from this “maturation of a forgiveness that is possible.”

Otherwise, people will just stay “mired in the logic of evil that latches on to the logic of the (subjective) interests of those who take advantage of these conflicts to enrich themselves and exploit,” he said.

Therefore, “forgiveness is the only possible weapon against every war.”

The pope made his comments ahead of his planned morning visit to L’Aquila to open a seven-centuries-old celebration of forgiveness.

The Celestine Pardon is celebrated annually Aug. 28-29 and was established by St. Celestine V in 1294.

While the 13th-century pope is known more for having abdicated just a few months after his election and establishing the few norms regarding a papal resignation, he issued a papal bull on the granting of a plenary indulgence to everyone who visits the Santa Maria di Collemaggio basilica, goes to confession, receives Communion and prays for the intentions of the pope.

Pope Francis will celebrate Mass and open the basilica’s holy door as well as make a private visit to the L’Aquila cathedral, which is still closed to the public because of damage from a 2009 earthquake. He also will meet with the families of those who died.