Pope Francis and the sacred right to labor - Catholic Courier 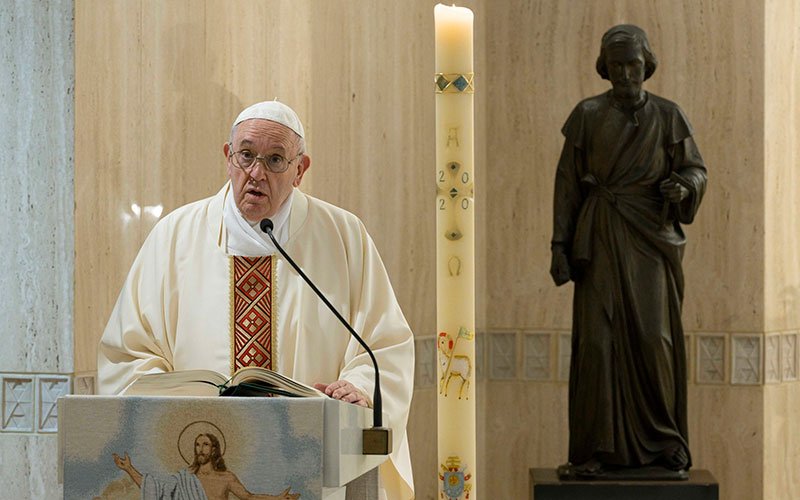 Editor’s Note: This is the last main article in a three-part series on the rights to land, lodging and labor.

This notion that work is a core facet of our dignity has been a repeated theme of the papacy of Pope Francis, and featured as the third in his triad of social rights proposed in his addresses to the social movements of recent years.

The option for decent, free, fair work is the preferential option that every economy must put first. The third piece in this series focuses on this final social right in Catholic social teaching: the right to labor or work, and its just conditions.

The theme of just work — labor before capital — is perhaps the most well-known theme of Catholic social teaching, yet Pope Francis has brought a fresh analysis to this core aspect of our human condition.

While the first social encyclical in 1891, “Rerum Novarum,” focused on the changing conditions of work in a newly urbanized and industrialized economy, Pope Francis finds himself reflecting on work in an age of postindustrial, high-tech, pandemic and multiple conflict-affected, instability.

While much of the Global North wrestles with questions of short-term insecure work, the impact of new technologies on the future of work and work that does not enable basic human needs to be met, elsewhere high structural unemployment, immediate challenges of ecology, climate change and work, challenges of participation in digital labor markets and lack of basic rights in work present real challenges to a new generation.

Responding to these realities, Pope Francis has emphasized the need to find urgent creative solutions to enable productive, fairly remunerated and meaningful work for all and has emphasized the role of work in enabling what he calls “social dialogue.” Work is the basis for social participation, for the spaces of social negotiation in which we learn cooperation and become stakeholders in a society.

High unemployment (especially among young people), insecure work that pays badly and work without rights protection or the capacity to unionize or organize is a threat to basic social belonging and participation. Among Pope Francis’ repeated concerns is very high rates of youth unemployment globally — he argues that this is one of the most urgent crises facing the world.

Pope Francis’ main social teaching documents have repeated the traditional Catholic social teaching themes on work or labor — that dignity lies in productive work; that work provides a means to be co-creators with God in important ways (God “labors” in creation, and so do we within that creation); and that work is part of how we build common bonds as well as meet common needs in societies.

Pope Francis has also repeated with great emphasis that work is a necessary part of healthy self-expression or, as he puts it, “self-realization” in an interdependent society. Living wages — not just minimum wages — are crucial, as are fair contracts that do not exploit workers.

The pope has also speculated on the need to reflect on the role that a basic income might play in some settings. This suggestion has been more controversial for some, and is a matter for stimulating debate among Catholic economic thinkers. He has been keen to stress that a basic income is not an alternative to work, but part of how common needs might be met and a variety of forms of work engaged.

In speeches to business groups and workers, Pope Francis has emphasized the need for economic creativity to create the jobs for the future that will enable a plural and vibrant economy. Diversified sources are necessary so that the full range of human gifts can find expression in the economy. He has repeated that solutions to the problems of work come from within communities of workers at grassroots level and should be engaged as part of the search for common good working practices.

There has also been a strongly worded critique of economic practices that extract, exclude, exploit or inappropriately commodify human life: “work” that cannot really be deemed fair labor. The “economy that kills” has been a catchphrase warning of this papacy, throughout its social teaching on work and the economy.

The abuse of migrant labor, human trafficking and the exploitation of women and men through prostitution have been repeated themes. These are not forms of work in which we are able to participate in society, through just reciprocal exchange, where we meaningfully possess our labor, or labor in freedom. Abuse of labor is endemic in our economies and Pope Francis calls Christians to pay attention to these sites of privation of justice.

The COVID-19 pandemic, Pope Francis believes, has given us a chance for a moment of real conversion around our cultures and economies of work. He has encouraged us to look reality in the face and accept the fragility and brokenness of our economic systems, noting, “Anyone who thinks that the only lesson to be learned was the need to improve what we were already doing, or to refine existing systems and regulations, is denying reality.”

Pope Francis does not have answers for what that new future should look like, but he does give us a set of priorities — the who of Catholic social teaching: the most economically marginalized and vulnerable, and the capacity and responsibility we all have to co-create a better working future.