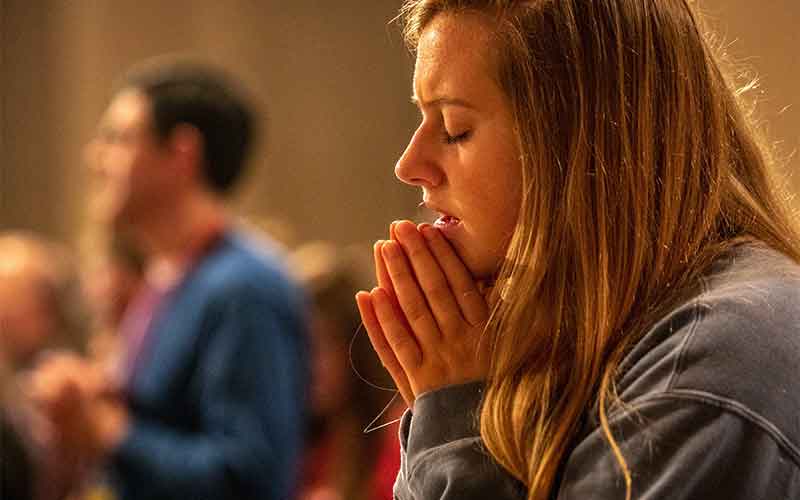 VATICAN CITY (CNS) — Pope Francis encouraged young men and women to look to Mary as a model of courage in listening and fulfilling God’s will.

“She was courageous and determined to say ‘yes’ to the Lord. You young people, who want to build something new, a better world, follow her example, take risks,” the pope said.

In his video message, the pope said Mary was the model “with whom young people can identify with” because of her “courage, the way she knew how to listen and her dedication to service.”

He also reminded young people that in order to follow Mary, they must discern what “Jesus wants from you, not what you might think you can do.”

For this reason, when discerning God’s will in their lives, young men and women can find help in listening “to the words of their grandparents,” the pope said.

“In those words of grandparents, you will find a wisdom that will take you beyond the
issues of the moment. They will provide an overview of your concerns,” he said.

Concluding his prayer intention, Pope Francis called on Christians to pray “so that all young people, called to live life to the fullest, may discover in Mary’s life the way to listen, the depth of discernment, the courage of faith, and dedication to service.”