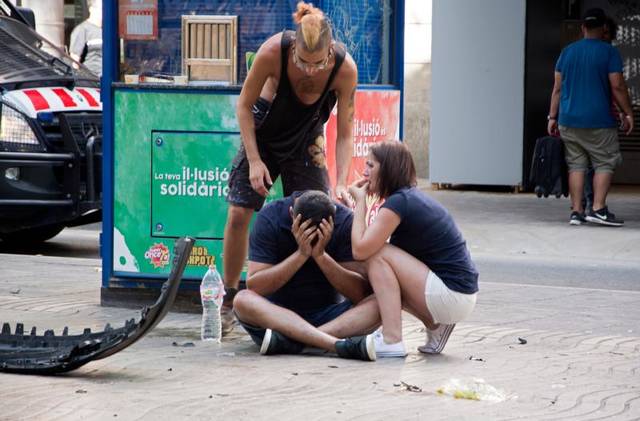 Injured people react after a van crashed into pedestrians in the Las Ramblas district of Barcelona, Spain, Aug. 17. Terrorists killed at least 12 and injured more than 50 others.

VATICAN CITY (CNS) — Pope Francis offered prayers for the victims of a terrorist attack in Barcelona, Spain, that left at least 12 people dead and injured dozens of others.

“With great concern the Holy Father has learned about what is happening in Barcelona. The pope prays for the victims of this attack and wants to express his closeness to the whole Spanish people, particularly the injured and the families of the victims,” said an Aug. 17 statement from Greg Burke, director of the Vatican press office.

A speeding van struck pedestrians in Barcelona’s Las Ramblas district. The Islamic State took credit for the attack, saying it was in response to calls for its followers to target countries participating in the coalition trying to drive the extremist group from Syria and Iraq, the Associated Press reported.