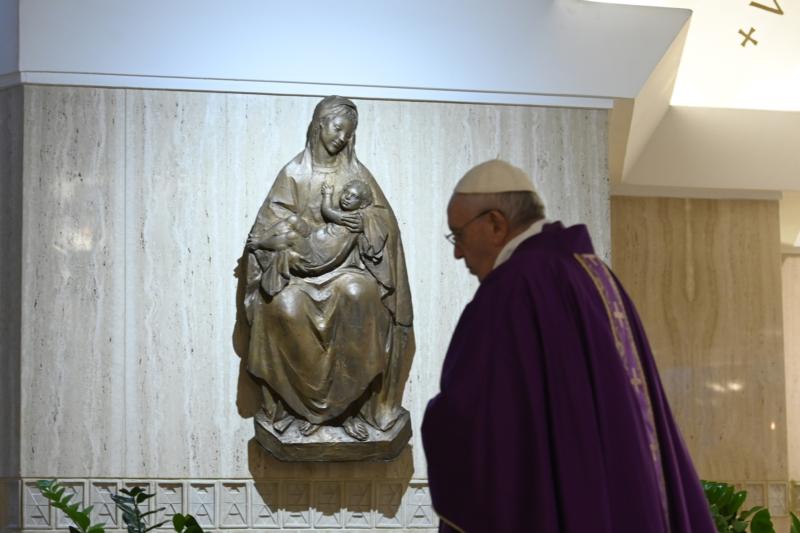 VATICAN CITY (CNS) — With self-isolation becoming more widespread due to the coronavirus pandemic, Pope Francis thanked journalists and members of the media who inform people and help them cope with loneliness.

“Today, I would like us to pray for all those who work in the media, who work to communicate so that people don’t find themselves so isolated, for the education of children, for information to help endure this time of isolation,” the pope said April 1 during his livestreamed morning Mass in the chapel of the Domus Sanctae Marthae.

In his homily, the pope reflected on the day’s Gospel reading from St. John in which Jesus points out the hypocrisy of the doctors of law who, while claiming to be sons of Abraham, do not recognize Christ’s divinity.

“If you were Abraham’s children, you would be doing the works of Abraham. But now you are trying to kill me, a man who has told you the truth that I heard from God; Abraham did not do this,” Jesus said to them.

Jesus, the pope explained, “puts them in a corner by showing them their contradictions.”

However, the response by those who were criticized — “We were not born of fornication. We have one father, God” — shows that they find no other way out of Christ’s argument than to insult him.

“It is one of the saddest pages (in the Gospel); it is blasphemy. They insult Our Lady,” the pope said.

Nevertheless, by calling them out, Jesus urges them to identify themselves as believers not by learning how to win arguments, the pope said. Instead, he calls on them to “remain in my word.”

Being a disciple, Pope Francis said, means being a free person who is “guided by the spirit” and “never subject to ideologies, to doctrines within Christian life, doctrines that can be debated.”