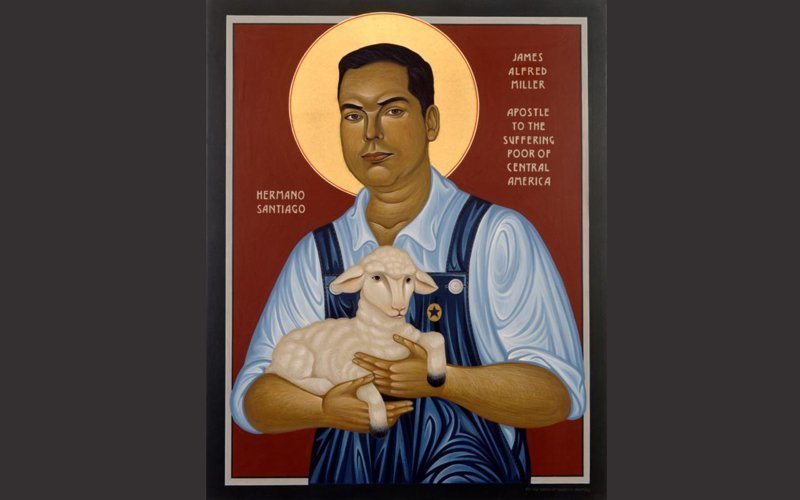 VATICAN CITY (CNS) — Pope Francis has recognized the martyrdom of De La Salle Christian Brother James Miller, who was born in Wisconsin and was shot to death in Guatemala in 1982.

The recognition of the martyrdom of Brother James, or Brother Santiago as he also was known, clears the way for his beatification; the date and location of the ceremony were not immediately announced.

The recognition amounted to the “equivalent beatification” of Brother Giedrojc, who was born in Lithuania and died in Krakow. With the pope recognizing that over the course of centuries the brother has been venerated by thousands of Catholics, the normal process leading to beatification is not needed.

Brother Miller, the U.S. martyr, was born Sept. 21, 1944, in Stevens Point, Wisconsin. He met the Christian Brothers at Pacelli High School there and, at the age of 15, entered the order’s juniorate in Missouri. After the novitiate, he taught Spanish, English and religion at Cretin High School in St. Paul, Minnesota, for three years. He also was in charge of school maintenance and served as the football coach.

Some websites refer to him as “Brother Fix-it” and an icon featured on the website of the Christian Brothers of the Midwest shows him wearing overalls.

In 1969, he was sent to Nicaragua, where he taught and helped build schools. According to the De La Salle Brother’s website, “His religious superiors ordered him to leave Nicaragua in July 1979 during the time of the Sandinista revolution. It was feared that since he worked for the Somoza government, he might be at risk.”

Returning to the United States, he again taught at Cretin High School. But in January 1981, he was sent to Guatemala, where he taught at a secondary school in Huehuetenango and at a center that helped young indigenous people learn job and leadership skills.

While on a ladder making repairs to the building on the afternoon of Feb. 13, 1982, he was shot several times by three hooded men and died instantly. No one was ever arrested for his murder. Funeral services were held in Guatemala and in St. Paul before he was buried in Polonia, Wisconsin.

In other decrees published Nov. 8, Pope Francis recognized miracles attributed to the intercession of Edvige Carboni and Benedetta Bianchi Porro, meaning both Italian laywomen can be beatified. Carboni died in 1952; Porro died in 1964.

The pope also recognized the martyrdom of more victims of the Spanish civil war: Angel Cuartas Cristobal and eight of his classmates at the seminary in Oviedo, who were killed between 1934 and 1937; and Mariano Mullerat Soldevila, a physician, husband and father killed in 1936.

In 10 other causes for canonization, Pope Francis signed decrees recognizing that the candidates for sainthood lived the Christian virtues in a heroic way, which is the first step toward beatification. The decrees included the cause of Bishop Alfredo Maria Obviar of Lucena, Philippines, founder of the Missionary Catechists of St. Therese of the Infant Jesus. The bishop died in 1978.