Pope representative in Ukraine: 'My place is here' - Catholic Courier 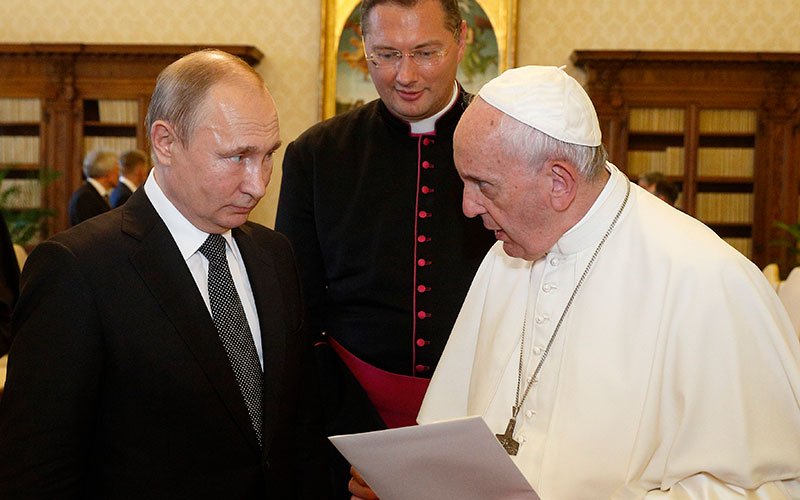 VATICAN CITY (CNS) — Ready for anything with a backpack full of essentials, the papal nuncio based in Kyiv, Ukraine, said he has no intentions of leaving the country.

“Here, I represent the pope for Ukraine, but also for the people and for the church in Ukraine,” he said, underlining the importance of being close to the people. “My place is here.”

“However, I always carry with me a backpack with the essentials — some water, important papers, mobile phone — to be ready for anything,” he added.

The 47-year-old Lithuanian archbishop was appointed apostolic nuncio in June 2021. It is his first assignment as nuncio after entering the Holy See’s diplomatic service in 2004.

He served in various capacities at the nunciatures in Lebanon, the Netherlands, the Russian Federation and Kenya. He also worked in the Vatican Secretariat of State’s section for relations with states, and he served as the official translator when Pope Francis met with Russian President Vladimir Putin at the Vatican in 2019 and 2015.

Archbishop Kulbokas said many people have phoned him “and asked me to convey to the pope their immense gratitude for the attention, for the prayers and also for the attempts he has made — not just diplomatic, but also human, as a pastor.”

Asked about Pope Francis’ diplomatic efforts for peace and how they have been received, he told SIR that “the pope is certainly close to a suffering Ukraine, but he is close to everyone.”

“The pope said that war always must be stopped, no reason can justify war. War is the work of the devil and therefore all possible efforts must be made to stop it,” he said.

“We are all brothers and sisters, and the work of the church is to reconcile everyone. To sow not hatred but love, fraternity,” he said, asking that everyone join in “this mission of condemning the war and of spiritual union and making peace with everyone.”

The nunciature is in a residential area of Kyiv, he said, and he works with two other staff members and a community of religious sisters.

They have managed to stockpile plenty of provisions, but “certainly not enough for a long period of time,” he said. They have set up mattresses for sleeping in the basement and other areas that are more protected from rocket strikes and they celebrate Mass “in a place that seems safer” than the chapel.

The archbishop said all Ukrainians — of different religions and Christian communities — have been coming together in solidarity, offering each other assistance and prayers.

And, he said, all the prayers and spiritual support from other countries has made it seem “as if we were the spiritual capital of the world” where both tragedy and “the beautiful response of humanity” come face to face.