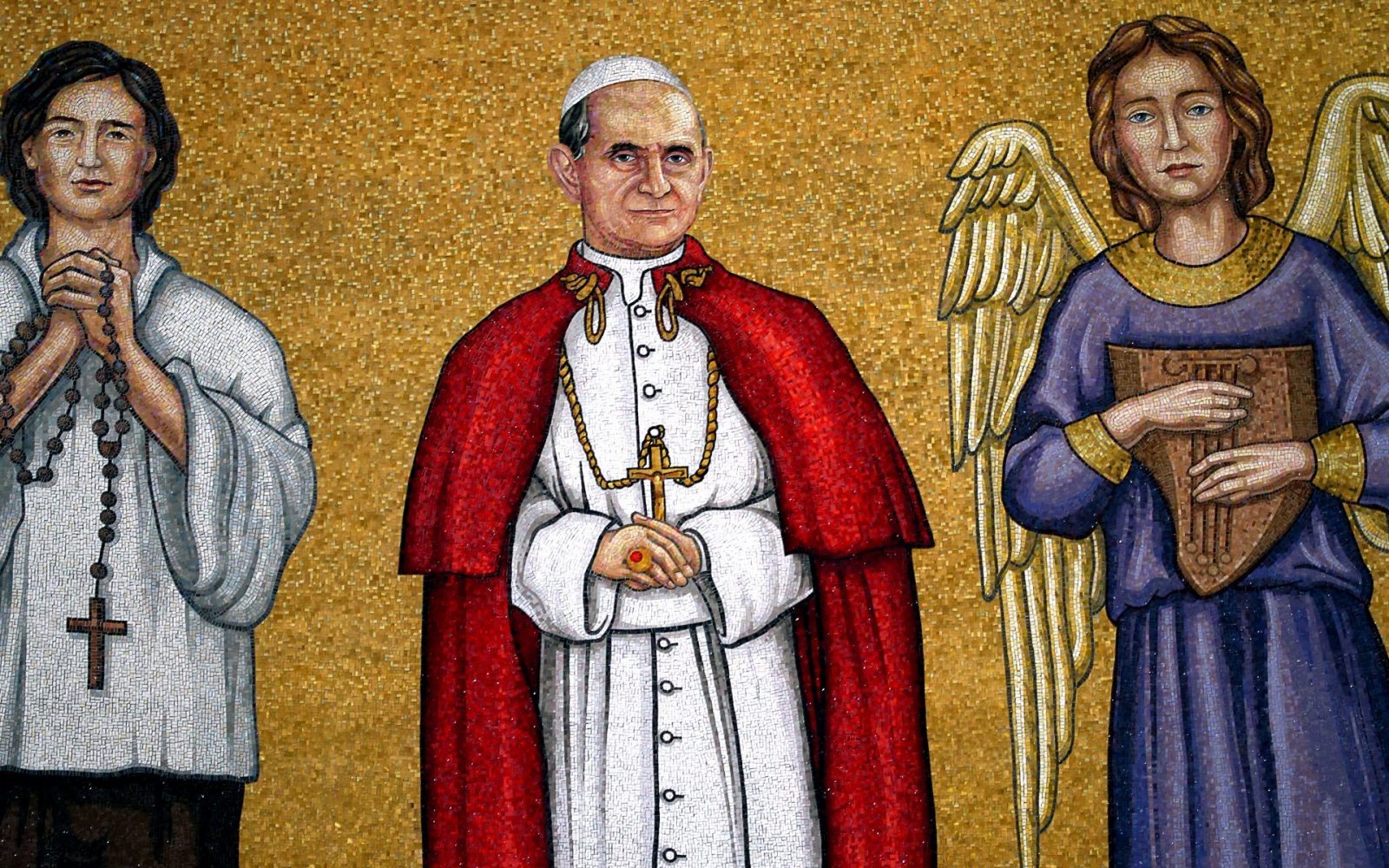 A mosaic of Blessed Paul VI is seen in the Trinity Dome at the Basilica of the National Shrine of the Immaculate Conception in Washington. He visited the shrine as an archbishop in 1960. (CNS photo by Tyler Orsburn)

VATICAN CITY (CNS) — Pope Francis told pastors in the Diocese of Rome that Blessed Paul VI would be canonized this year.

The pope’s announcement came at the end of a question-and-answer session with the priests Feb. 15; the Vatican released the text of the exchange three days later.

Archbishop Angelo De Donatis, papal vicar for Rome, had told the priests that they would be receiving a book of “meditations” about priesthood drawn from speeches from each pope, from Blessed Paul VI to Pope Francis.

That prompted Pope Francis to comment, “There are two (recent) bishops of Rome who already are saints,” Sts. John XXIII and John Paul II. “Paul VI will be a saint this year.”

The sainthood cause of Pope John Paul I is open, he noted, before adding, “Benedict (XVI) and I are on the waiting list; pray for us.”

The cardinals and bishops who are members of the Congregation for Saints’ Causes reportedly voted Feb. 6 to recognize as a miracle the healing of an unborn baby and helping her reach full term. The baby’s mother, who was told she had a very high risk of miscarrying the baby, had prayed for Blessed Paul’s intercession a few days after his beatification by Pope Francis in 2014.

The theological commission of the Congregation for Saints’ Causes had voted in December to recognize the intercession of Blessed Paul in the healing.

Although Pope Francis announced the upcoming canonization, he still has not formally signed the decree recognizing the miracle nor held a consistory — a meeting of cardinals — to set the date for the ceremony.

La Voce del Popolo, the newspaper of Blessed Paul’s home diocese, the Diocese of Brescia, Italy, had reported in December that it is likely Pope Francis will celebrate the canonization Mass in October, during the meeting of the world Synod of Bishops, an institution Pope Paul had revived.

Blessed Paul, who was born Giovanni Battista Montini, was pope from 1963 to 1978.