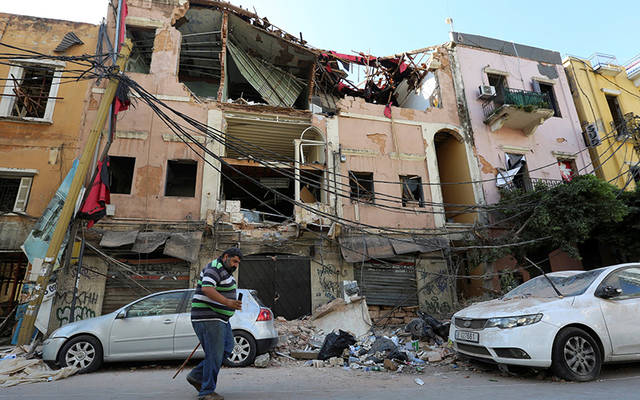 A man walks past rubble of damaged buildings Aug. 7, 2020, following blasts at Beirut’s port area. Three days after a massive explosion ripped through Lebanonís capital city, the death toll has climbed to more than 150, while the total number of injured soared to at least 5,000, according to data released by Lebanon’s health ministry. (CNS photo by Aziz Taher/Reuters)

Pope calls for prayers for Lebanon after deadly explosion in Beirut

The Dicastery for Promoting Integral Human Development said Aug. 7 that the funds — an “initial” donation — were sent through the Vatican nuncio in Beirut “to meet the needs of the Lebanese church in these moments of difficulty and suffering.”

“This donation is intended as a sign of His Holiness’ attention and closeness to the affected population and of his fatherly closeness to people in serious difficulty,” the dicastery’s announcement said.

The Vatican office also noted that immediately after the blast, Caritas Lebanon, Caritas Internationalis and Catholic charity organizations from around the world set to work helping everyone in need, providing medical care, shelter and distributing food and other basic necessities.

The explosion, which killed more than 150 people and injured more than 5,000, also destroyed homes, churches, monasteries and other buildings, the dicastery noted.