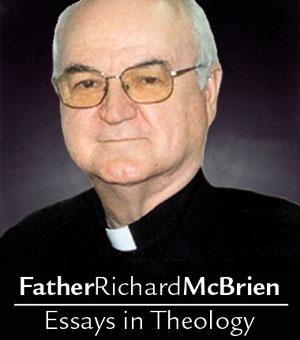 Pope Benedict XVI’s much-touted state visit to Britain last month tracked closely with the 32nd anniversary of Pope John Paul II’s election to the papacy on Oct. 16, 1978. The visit provided yet another opportunity to compare and contrast the personal and papal styles that the two men had fashioned over the years.

As the distinguished church historian Eamon Duffy put it in the Irish Times in early September, "John Paul II was manifestly a giant on the world stage, his life story one of titanic struggle against 20th century Europe’s two great tyrannies, he himself a key player in the collapse of the Soviet empire."

"By contrast," Duffy continued, "Pope Benedict is an altogether smaller figure, a man of the sacristy and the lecture room."

Unfortunately, the current pope also is more "maladroit and badly advised in his attempts to promote his views," with "poor antennae for the likely public perceptions of his actions and utterances."

Even though the election of Cardinal Joseph Ratzinger in April 2005 "has not ushered in the era of ferocious reaction many feared," it has become increasingly clear where Pope Benedict’s actual sympathies lie, namely with those in the Vatican who wish to downplay the achievements of the Second Vatican Council and who wish at the same time to emphasize the council’s continuity with the attitudes and ideas that dominated the pontificate of Pius XII in the 1940s and 1950s.

It is all the more remarkable, therefore, that the religious high point of Benedict’s recent visit to Britain would be the beatification of Cardinal John Henry Newman, the famous 19th-century convert from Anglicanism to Roman Catholicism.

Although, as Eamon Duffy has pointed out, labels can be deceptive, in terms of the inner politics of today’s Catholic Church, Cardinal Newman, in striking contrast to Pope Benedict, was a liberal. Indeed, his vision of a healthy church was "in many respects the antithesis of Pope Benedict’s."

Cardinal Newman deplored clericalism (which Pope Benedict has rewarded through his appointments to, and promotions within, the hierarchy), worked hard to develop an educated and active laity (of which the pope’s strongest allies have been deeply suspicious), and argued for greater freedom for theologians within the church (which finds little support in this pontificate).

Those who expected Joseph Ratzinger not only to carry forward the policies of his predecessor but also to expand them in a highly aggressive, even militant fashion may have had their fondest hopes shattered.

At the same time, those who continue to regard the papacy of John Paul II as normative for every other pontificate, even to the point of referring to him now, without any official authorization at all, as "John Paul the Great," have sensed the air escaping from the balloon of initial enthusiasm when his eventual canonization seemed almost a certainty.

If the choice is between an "altogether smaller figure, a man of the sacristy and the lecture room" on the one hand, and that of "a giant on the world stage" on the other, the smaller, shyer figure wins every time.