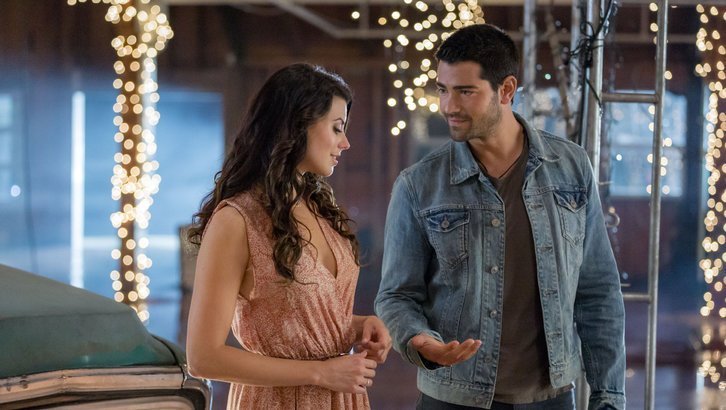 NEW YORK (CNS) — Considered the most successful series in the Hallmark Channel’s history, the appealing multigenerational family drama ”Chesapeake Shores” will likely build on its popularity when it embarks on its second season Sunday, Aug. 6, 9-10 p.m. EDT.

Based on Sheryl Woods’ best-selling novel, this year’s 10 episodes will run on Sunday nights in the same timeslot, concluding Oct. 8.

Although nothing offends in “Chesapeake Shores,” story lines about divorce, tragic car accidents and post-traumatic stress make the series appropriate viewing for adults and mature adolescents. Even so, its content is refreshingly devoid of the overt sexuality, violence and vulgarity which characterize too many TV shows.

Having re-established herself in her small hometown on Maryland’s Eastern Shore — the fictional community of the title — divorcee, and mother of twin girls, Abby O’Brien (Meghan Ory), is helping boyfriend Trace Riley (Jesse Metcalfe) cope with simultaneous crises.

The musician faces criminal charges in Nashville for a tragic mistake he made. He is also contending with his dad Lawrence’s (Tom Butler) recent heart attack.

Additionally, Abby finds herself caught between Trace and her “just business” father, Mick (Treat Williams). Dad is threatening to pull out of his business deal with Trace to open a new music club in town, which Trace hopes will reignite his stalled career.

To further complicate matters, Abby is unwillingly placed in the middle of an ancient feud between Mick and his estranged brother, Thomas (Gregory Harrison). As trustee of the O’Brien Family Trust — 100 acres of land by the Chesapeake Bay — Mick embraces the Pauline ethic, which requires adults “to put away childish things,” something he feels Thomas has failed to do.

While Mick wants to develop the land, as he believes his father would have wanted, Thomas, in Mick’s view, has been “looking for loopholes” to create a nature preserve.

Likely to be a fan favorite, the venerable Diane Ladd appears to relish her role as the spirited, discerning O’Brien family matriarch, Nell. Nell is determined not to let her sons’ internecine squabbling irreparably harm her family.

“It’s better to have 50 enemies outside your home,” Nell says to Mick, “than to have one inside.”

Although Nell will likely have much to say about how the core issue of this season of “Chesapeake Shores” is resolved, Abby will play a more pivotal role. As a financial analyst for the Baltimore investment firm Capital Management,

Abby must determine the soundness of her father’s development plan. And what she decides could become paramount in settling the brothers’ dispute.

As is the case with any family drama of this nature, numerous subplots involve other clan members. Playwright Bree O’Brien (Emilie Ullerup) tries to find her voice while liberating herself from an unhealthy relationship with the manipulative, condescending theater director David Peck (Carlos Marks).

Frazzled — and in over her head given her poor business sense — Jess O’Brien (Laci J. Mailey) nonetheless wants to make the bed-and-breakfast she runs successful.

While Connor O’Brien (Andrew Francis) tries to establish himself as an attorney, Kevin O’Brien (Brendan Penny) is a former Army Corpsman haunted by his military experience who wants to go to medical school.

It’s unfortunate the O’Brien children can’t commit to marriages and family. But the depiction in “Chesapeake Shores” of their dithering over their futures accurately reflects the disproportionate insecurity and anxiety which marks the lives of many contemporary young adults in the upper middle class.

Most of the characters in “Chesapeake Shores,” however, are likable and not motivated by malice. Each, in his or her way, is looking for, in Mick’s words, “a blank page to start again.”

They want to atone for past sins, reconnect and reconcile. And despite their grievances, mistakes and imperfections, the O’Briens genuinely love each other. This affirmation of familial affection is what ultimately distinguishes “Chesapeake Shores.”

Although some story elements feel soap-opera sudsy, Michael Berns’ scripts are restrained, and dabble in sentimentality without ever becoming cloying. They also succeed in whetting viewers’ interest in what’s to come.

“Chesapeake Shores” isn’t high art or great television. But for viewers tired of the edginess that litters our cultural landscape, the series offers a welcome and satisfying safe harbor.