Possessing ourselves and relearning tenderness: 'Blessed are the meek' - Catholic Courier 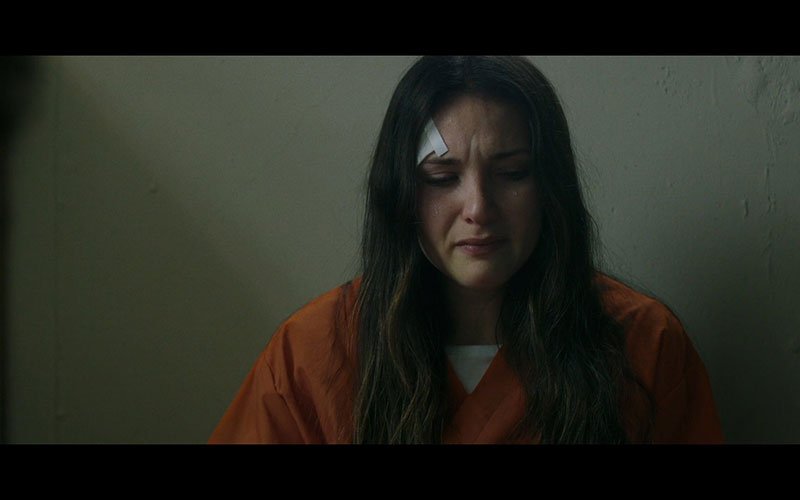 This is a scene from the 2018 short film "Claire McKenna." The film is based on the third beatitude, "Blessed are the meek, for they will inherit the land." (CNS photo courtesy 8beats)

This is the third package in an eight-part series covering the beatitudes.

For me, meekness usually brings to mind words like “mild-mannered,” “timid,” and even the implication of weakness.

In a culture that places high value on possessing power and influence, it’s hard to understand what Jesus means when he says, “Blessed are the meek, for they will inherit the land” (Mt 5:5).

On the surface, meekness seems to indicate a shrinking of our thoughts and personalities, a sort of spiritual stuntedness that renders us passive and bland.

But to be meek actually takes great strength. Archbishop Fulton Sheen describes meekness in his book “The Cross and the Beatitudes” in this way:

And lest we believe meekness only fits a certain type of personality — one that is compliant, quiet and does not speak up for herself — Archbishop Sheen continues:

“A weak man can never be meek, because he is never self-possessed; meekness is that virtue which controls the combative, violent and pugnacious powers of our nature, and is therefore the best and noblest road to self-realization.”

The demands of meekness are not that we never get angry, he says, but that we meet the hatred, division and vitriol of the world with love. Sometimes, we will be called to fight, but this fight requires that we “tear up self-love by the roots.”

Father Jacques Philippe adds to Archbishop Sheen’s definition in “The Eight Doors of the Kingdom: Meditations on the Beatitudes.” He defines meekness as the opposite of bitterness and hardness. And how easy it is to become bitter and hard today.

We have the ability to see, hear and consume so much information that it really can make us feel dispossessed — of community, of country, of our very being.

As Father Philippe says, “Meekness can be practiced only by letting ourselves be filled with it by God. … Only intimate contact with the heart of Jesus can heal the hardness of the human heart.” In prayer, we become more porous, more open to God’s word.

A prime example of meekness is the visually rich short film, “Claire McKenna,” which is based on the third beatitude.

Claire’s past is one of heroin addiction and rehabilitation, and her present is beautifully described by the filmmakers: “To the outside world, Claire’s battle is small, even invisible, but internally it is a fierce fight to stay sober, honest, real, alive.”

In a moment of meekness during rehabilitation, Claire tells her counselor of a dream in which she’s sinking in dark water, and then she hears a voice saying, “Talitha koum”: “Little girl, wake up.”

Reflecting on this moment in her dream, Claire says, “I felt seen and important and small, in the best way.” I’m struck by Claire’s positive feeling toward smallness; she seems to recognize that someone bigger and greater than herself is calling her and she longs to respond.

Despite this moment of healing, the film does not shy away from Claire’s struggle. She’s sorely tempted on the first day of her probation to turn back to heroin, and the film ends abruptly with her repeating the words “Talitha koum, Talitha koum. Wake up!” and throwing a spoon holding her drugs into the sink.

She shows meekness in her vulnerability toward those participating in her recovery, and also in the sharp turning from that which would harm her. And what she gains in this moment is ground.

To be meek then is to relearn tenderness — for ourselves, for the world. It is, as the filmmakers of “Claire McKenna” remark, “seeing (our) own destructive potential, but also our value and dignity.”

It is choosing to turn away from destruction, which may mean being radically present to our wounds. In doing so, we regain our vision, our love, for those around us. We regain ground in our own hearts.

(Weishar is a poet and freelance writer from the Diocese of Peoria, Illinois.)