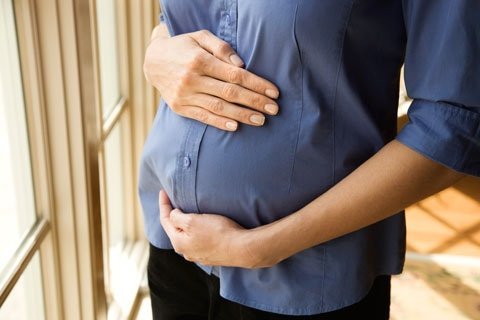 EDITOR’S NOTE: Names used in this article have been changed.

Ana had changed her mind. At the last moment she got up from the abortionist’s table and walked out, knowing that her decision to spare her child’s life also meant that she’d be deserted by her boyfriend and her parents.

Ana felt scared and alone. Searching desperately for help, she found a small pregnancy help center with a volunteer named Grace who provided ongoing love and support during this lonely and difficult time. This kind of love and support is offered again and again in more than 3,700 pregnancy help centers, medical clinics and related ministries (including pro-life social services, maternity homes and nonprofit adoption agencies) in the United States.

Some of these organizations were formed in the late 1960s, when a handful of states began to decriminalize abortion under narrow circumstances. After the 1973 Roe v. Wade decision legalizing abortion for any reason, the number of pregnancy centers multiplied dramatically. Since then, hundreds of thousands of volunteers have served unselfishly in this grassroots effort. Currently, more than 70,000 people are actively assisting in pregnancy help centers in the United States. Among them are medical personnel, social workers, counselors, teachers, homemakers, young people, business people and clergy. This continued, selfless outpouring of kindness is truly a movement of compassion.

Heartbeat International hosts an online Worldwide Directory (www.heartbeatinternational.org) of resources in the United States and the nearly 2,000 additional ones around the world. Option Line (optionline.org, 1-800-712-HELP) connects people in need with life-saving help, seven days per week, in both English and Spanish. Pro-life pregnancy centers and related ministries operate on limited budgets — but with no limits on love — in responding to the wounded and suffering, just as the Good Samaritan did.

Now contrast this free, generous, life-affirming and multifaceted response of Catholics and other Christians with the response offered by the abortion industry. We respond to the "crisis" with love for both the mother and child, doing all that we can to eliminate the crisis, while the abortion industry offers to eliminate the child. And by taking the life of a child, the industry answers a short-term challenge (continuing the pregnancy through birth and adoption placement, for example) by creating what can become a lifelong crisis for the child’s mother, father and others involved in the decision. Many of the parents and grandparents of aborted children now seek counseling to cope with their grief and remorse. Many have endured their anxiety and self-loathing for decades.

Planned Parenthood’s own figures illustrate the industry’s response to crisis pregnancy better than any words can. In 2010, the country’s largest abortion provider performed 329,445 abortions. It referred exactly 841 women to adoption agencies. That works out to 392 abortions for every adoption referral. Planned Parenthood’s "prenatal clients" have steadily declined over the years, so much so that they now report "prenatal services" rather than clients. This makes it impossible to track how few pregnant women they see through a full-term pregnancy, but it is generally estimated that between 91 percent and 97 percent of pregnant women who go to Planned Parenthood end up having an abortion.

For most industries, it’s the bottom line that really matters. Abortions represented more than 51 percent of Planned Parenthood’s clinic income (even though they calculate abortion as a mere 3 percent of services provided). And we as taxpayers are providing most of the rest of their income, as 46.5 percent of the organization’s revenues ($487 million in 2010) come from government grants and Medicaid, Title X and similar funding.

Relying only on charitable donations, the Christ-centered response of a pregnancy center is able to accomplish much even beyond saving a child’s life, a child who is created in God’s image and likeness and is destined for eternal life. The daily work and ministry of the pregnancy center also channels God’s love to the child’s parents and family, bringing about an opportunity for evangelization, healing, restoration, better parenting, more marriages and adoptions, and, in the long term, healthier families.

And, while pregnancy center work transforms our clients, it also transforms those of us who minister to them. One of the bonuses of our work is that our faith, love and dependence on the Lord grow daily. We marvel as he takes our small efforts and turns them into miracles of lives saved and transformed for the better.

Whatever happened to Ana, whose story began this reflection?

Twenty-five years after Ana made the courageous decision to walk away from the abortion facility, her grown son is now a great source of pride to both Ana and her husband. In the intervening years, Ana and her husband started a whole network of pregnancy help centers and related ministries. Ana’s brave decision and the loving response of Grace, the pregnancy center volunteer, have helped transform the lives of already two generations of other women and families in need.

"Newborn life is also served by centers of assistance and homes or centers where new life receives a welcome. Thanks to the work of such centers, many unmarried mothers and couples in difficulty discover new hope and find assistance and support in overcoming hardship and the fear of accepting a newly conceived life." ("The Gospel of Life" [Evangelium Vitae], no. 88)

In his encyclical "God is Love" (Deus Caritas Est), Pope Benedict XVI invites all of us to bring God’s love into the world through such acts of charity:

"Faith, which sees the love of God revealed in the pierced heart of Jesus on the Cross, gives rise to love. Love is the light — and in the end, the only light — that can always illuminate the world grown dim and give us the courage needed to keep living and working. … To experience love and in this way to cause the light of God to enter into the world — this is the invitation I would like to extend." (No. 39)

There are so many mothers and unborn children in need of this kind of loving response today.

Sharing your time, talent and love can impact generations. It will most certainly impact eternity.

Hartshorn and her husband, Mike, became active in the pro-life movement in 1973, housed the first of many pregnant girls in 1975 and started a pregnancy center in Columbus, Ohio, in 1981. Peggy became president of Heartbeat International in 1993.