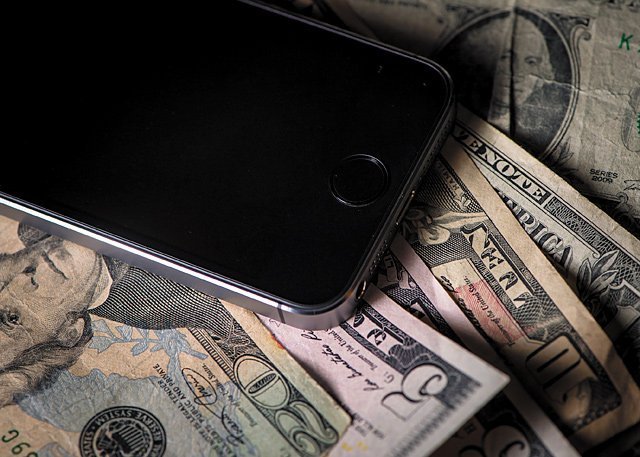 “You need to be,” guest presenter Jim Lynd quickly replied.

At first glance, one might think such sentiments are the stuff of out-and-out paranoia — but not when the subject is scams, Lynd asserted.

Speaking before more than 50 people at a “Seniors on the Move” gathering at St. Mark Church, Lynd stressed that vigilance is imperative in fending off scam artists.

During his talk, Lynd noted tactics used by scammers to separate unsuspecting individuals from their cash. Among the examples he cited were the Internal Revenue Service scam, in which a caller claims to be an IRS agent and threatens legal action if “back taxes” aren’t paid immediately; sweepstakes that promise big winnings provided that you pay fees up front; and the “grandparent scam” in which a caller claims to be a grandchild stuck in a remote location, insisting that money be wired so that he or she can return home. (Scammers frequently request wire transfers because it’s the equivalent of sending cash, making the money virtually impossible to recover.)

Lynd said these come-ons can be made from anywhere in the world. He added that they’re typically pressure-packed and designed to invoke extreme fear or happiness, so as to goad potential victims into quick, irrational and costly decisions.

“The essence of a good scam is to trigger an emotional response, to take the brain out of the equation,” said Lynd, a representative of Lifespan, a Rochester agency that provides services and information for senior citizens and their caregivers.

A lively question-and-answer session followed his talk, with attendees describing scams they have experienced or heard about. They included callers representing bogus charities; others offering free vacations; and those requesting Social Security, Medicare and credit-card information in an effort to commit identity theft.

Lynd noted that 70 percent of scams happen by phone, although more are occurring online and door-to-door scammers still exist as well. Among the handouts he offered were refrigerator magnets listing the following reminders when a suspicious phone call is received:

• Never give out personal information unless you have initiated the phone call.

• Never wire money to strangers who claim to be family.

Lynd also urged participants to regularly read up on scams since they frequently change in nature.

“There’s no end to the things they come up with,” he said.

For this reason, Bonnie Mazzeo — organizer of Seniors on the Move — said she planned the March 21 session to supplement past presentations on scamming held at St. Mark.

Mazzeo added that she has always been high on alert for scams, but isn’t so sure that all her fellow group members are equally vigilant. In fact, according to the Federal Bureau of Investigation’s website (https://www.fbi.gov/scams-and-safety), senior citizens are prime targets due to such factors as having financial resources saved for retirement; having been raised to be polite and trusting; deteriorating mental capacity; and being too ashamed to admit they’ve been scammed.

The FBI website adds that anybody who has information about scam attempts should contact authorities. In addition, if one knows of an elderly family member or neighbor who has been or currently is being targeted by scammers, contact Lifespan at 585-244-8400. Further information about scams is available at http://www.lifes pan-roch.org/safety-protection.

EDITOR’S NOTE: Seniors on the Move welcomes both parishioners of St. Mark and nonparishioners. In addition to regular lunch meetings, the group also conducts day trips. For details, contact Bonnie Mazzeo at 585-366-4074.