Priest has been 'face of St. Ann's' - Catholic Courier 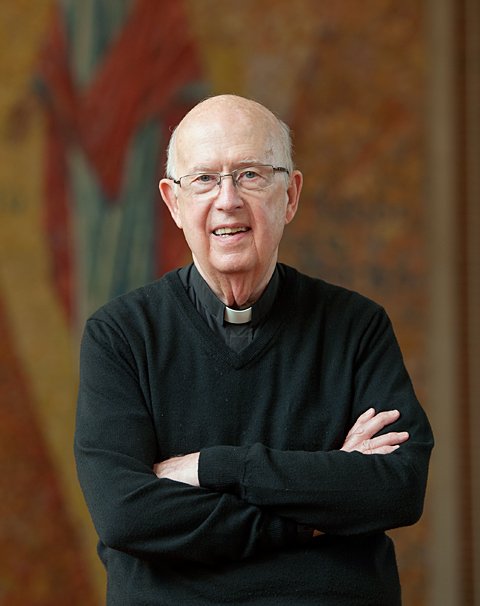 Father Peter Bayer reached senior-priest status June 1 and has stepped down from his position as director of pastoral care at St. Ann’s Community.

At the time of his ordination on June 12, 1971, Father Peter Bayer expected that he would spend the rest of his life in parish ministry.

He did devote a handful of years to parish ministry, but he instead spent the bulk of his vocation working in such areas as diocesan administration and institutional pastoral care. Although his vocation has turned out quite differently than he expected, Father Bayer said he has no regrets.

Reaching senior-priest status on June 1, Father Bayer has stepped down from his position at St. Ann’s after nearly 25 years of service. Even so, he will reside at St. Ann’s Chapel Oaks independent living community and continue to help out with pastoral care twice a week. This arrangement will be "absolutely fabulous" for St. Ann’s because Father Bayer is such a valuable and beloved member of the community, noted Michael E. McRae, president and CEO of St. Ann’s Community. Not only has Father Bayer been the community’s spiritual leader, but he "embodies the core and essence of St. Ann’s," McRae said.

Long before becoming the priest St. Ann’s marketing manager, Thomas Petronio, would later dub "the face of St. Ann’s," Father Bayer grew up in Rochester in Corpus Christi Parish. He attended Corpus Christi School and St. Andrew’s and St. Bernard’s seminaries before being ordained by Bishop Joseph L. Hogan in June 1971 at Corpus Christi, now Our Lady of the Americas. After ordination, he served for a year as assistant pastor at St. Francis Xavier Parish in Rochester before taking charge of diocesan recovery efforts in the Corning area in the wake of devastating flooding caused by Hurricane Agnes in June 1972.

He served as assistant director of the first few annual diocesan Thanks Giving Appeals (now known as the Catholic Ministries Appeal) before being named director of pastoral care at St. Ann’s in 1992. He served there for one year before being named pastor of St. Margaret Mary Parish, but after a brief stint at the Irondequoit parish he returned to his former position at St. Ann’s, Father Bayer said.

For more than two decades Father Bayer has visited with residents, families and staff members at the various facilities of St. Ann’s Community. He has celebrated the sacraments with them, especially the Eucharist but also the sacraments of reconciliation and anointing of the sick, and presided over more than six dozen funerals each year, he said.

Father Bayer’s dedication to the community has been nothing short of remarkable, McRae said.

"He goes to visit every new admission. He is there to welcome people, and we’re talking … north of 1,400 admissions in a year," McRae said. "It’s amazing for me to see his car at St. Ann’s at 6 in the morning, at 6 at night, at midnight. If a family member or resident needs him and it’s 2 in the morning, by golly, he’s there, and he doesn’t do it with any fanfare. He does it because it’s the right thing to do."

A Mass in Father Bayer’s honor will be celebrated in St. Ann’s chapel at 2 p.m. June 2, followed by a reception in the lobby.