Priest: Kavanaugh's faith 'really shines through in who he is' - Catholic Courier 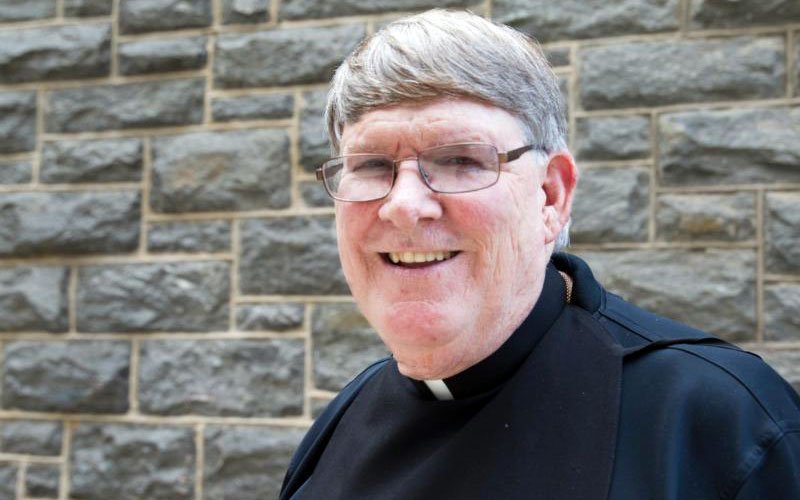 Msgr. John Enzler, president and CEO of Catholic Charities of the Archdiocese of Washington, is pictured in a 2015 photo. Msgr. Enzler is the former pastor of Brett Kavanaugh, a judge on the U.S. Court of Appeals for the District of Columbia Circuit, who is President Donald Trump's nominee for the U.S. Supreme Court. (CNS photo by Chaz Muth)

WASHINGTON (CNS) — Judge Brett Kavanaugh is a pretty good guy, according to Msgr. John Enzler, his former pastor and the current president and CEO of Catholic Charities of the Archdiocese of Washington.

He first met Kavanaugh, whom President Donald Trump nominated to the Supreme Court, when he was around 12. Msgr. Enzler was then the pastor at Little Flower Parish in Bethesda, Maryland, when Kavanaugh began serving as an altar boy.

Since then, the two have stayed in contact. Msgr. Enzler went to some of Kavanaugh’s games when he played sports at Georgetown Preparatory School, officiated his wedding, and might have baptized his children.

Msgr. Enzler said that he’d baptized a lot of babies and couldn’t be sure that his two daughters were among them.

They still see each other on occasion.

“He comes to my Sunday evening Mass about once a month,” Msgr. Enzler told Catholic News Service July 11.

Kavanaugh also volunteers with Msgr. Enzler at St. Maria’s Meals, a program which provides and serves hot meals to low-income individuals and families.

“The John Carroll Society (a group of Catholic lawyers and professionals which Kavanaugh belongs to) comes about once every other month to help out,” Msgr. Enzler said. He explained that different groups and organizations assist at each meal.

Kavanaugh also coaches the girls’ basketball team at his parish and tutors at the Washington Jesuit Academy and J.O. Wilson Elementary School.

“His faith really shines through in who he is,” Msgr. Enzler said.

In addition to his volunteer work, Kavanaugh also serves as a lector at his church, the Shrine of the Most Blessed Sacrament in Washington.

In his acceptance speech July 9 after Trump announced his nomination, Kavanaugh said that “members of the vibrant Catholic community in the D.C. area disagree about many things, but we are united in our commitment to serve.”

“This is your neighbor next door. He’s a great husband, a wonderful father to his daughters, and has lots and lots of friends. He’s very intellectual, of course, but you wouldn’t know it by his demeanor.”

Politics has never been a part of their relationship.

“We talk about sports. We don’t really talk about politics,” Msgr. Enzler said.

The priest said that Kavanaugh has been a good friend for as long as they’ve known each other. He talked about how, when Kavanaugh was at Georgetown Prep, it was clear that he “loved being with his buddies.”

“If he’s your friend, you have a great friend.”