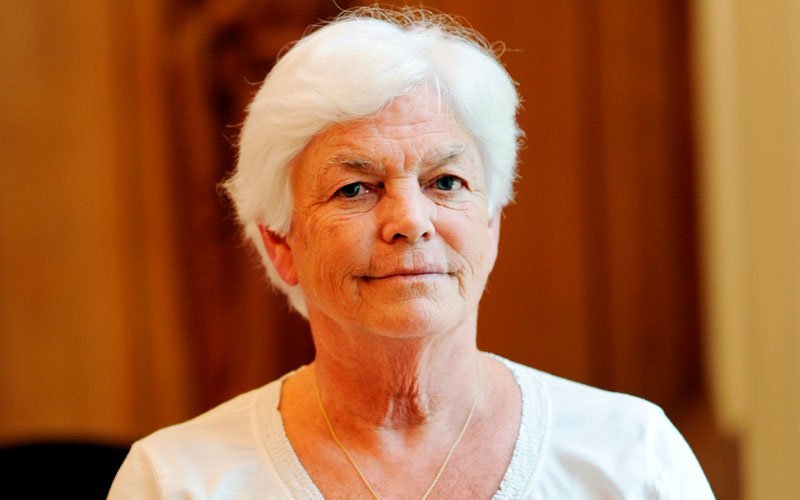 Elaine Morrow, longtime principal at St. Frances-St. Stephen School in Geneva, retires at the end of the 2012 school year.

Catholic education is not just a career field for Elaine Morrow, principal at St. Francis-St. Stephen School in Geneva. For Morrow, it’s a way of life.

“I just turned 62 … and I’ve been a part of the Catholic-school system in Geneva for 53 years,” she recently told the Catholic Courier.

Morrow was a kindergartner when she entered St. Stephen School in 1956, the same year her mother, Ellen “Nonnie” Stolp began teaching at the school, which later merged with neighboring St. Francis de Sales School. After graduating from St. Stephen’s eighth grade, Morrow went on to DeSales High School, which is located down the street from St. Stephen, before leaving Geneva for four years at Ithaca College.

Her stint away from Geneva was short-lived, however. After graduating from Ithaca College Morrow returned to St. Stephen School, this time as a teacher, and she’s been there ever since. She will retire at the end of June after 40 years as a member of St. Stephen’s and later St. Francis-St. Stephen’s staff.

“I’m looking forward to it, but I’m terrified,” said Morrow, who lives a block away from the school. “I have a feeling my car is just going to pull out of the driveway and just go in there out of habit.”

This September will be the first time in more than 50 years that the school has opened without either Morrow or her mother on the staff. Like her daughter, Stolp also attended St. Stephen School and DeSales, and Morrow’s brothers, cousins, and later, children, also went through Geneva’s Catholic schools.

St. Stephen was one of several schools, both Catholic and private, at which Morrow sought work after graduating from college. She had just accepted a position as an English teacher at St. Stephen when she was offered a position in the Marcus Whitman Central School District, which she declined because she felt strongly about honoring her contract with St. Stephen. Marcus Whitman sought her again at the end of the school year, but by that time she was hooked on St. Stephen.

“I had no desire to leave. I just loved the school,” Morrow said. “It just seemed like the place to be. I felt at home, comfortable.”

Morrow taught alongside her mother for 17 years, and along the way Stolp gave her generous amounts of support and advice, as well as an excellent role model, Morrow said. Stolp taught at the school for 33 years before retiring at the age of 73, the same year her daughter took over as principal.

“She said, ‘My daughter isn’t going to be my boss,'” Morrow recalled with a laugh.

Morrow has loved every one of her 40 years working at the school, she said.

“There’s not a day goes by that the children don’t bring joy in some way or another, whether it’s just a first-grader going by and wanting a group hug or one of the older students coming down to tell me about the success of a sports team. I’m not sure what I’m going to do without seeing these children every day,” she said.

The parents in the school family are incredibly supportive and involved, and the faculty members are superb, she added.

Those faculty members think highly of Morrow as well. She has been an excellent principal and leader, noted second-grade teacher Sandy Schading, who has worked with Morrow for several decades. Morrow is a woman of faith and vision, yet is practical, able to see the big picture in any given situation and always ready with good advice, Schading said.

“Elaine Morrow always possessed the kind of wisdom that I always sought after not just about school matters, but life in general. She is the go-to person whether it is a school issue or a personal one,” added Jeanette Hernandez, the school’s art, Spanish and humanities teacher.

Hernandez, who has taught at the school for 25 years, said Morrow has a knack for straightening out misunderstandings with parents, staff and students alike, and the school’s faculty members consider her a compassionate friend. Morrow makes no secret of the fact that she asks the Holy Spirit for guidance, Hernandez said, and she has always acknowledged that her job is a ministry, Schading added.

Schading said she gets choked up at the mere thought of Morrow’s upcoming retirement, but Morrow said she is confident St. Francis-St. Stephen will be fine without her.

“Someone wonderful will come in and take over as principal. The staff, the faculty that (parents and students) love are still there, and it will be a completely smooth transition,” she said.

The St. Francis-St. Stephen School family, however, will never be quite the same, according to Schading.

“Our school family has blossomed under her care and in June she will leave a hole in the heart of our school family,” she said. “Truly she is the heart and soul of St. Francis-St. Stephen’s.”