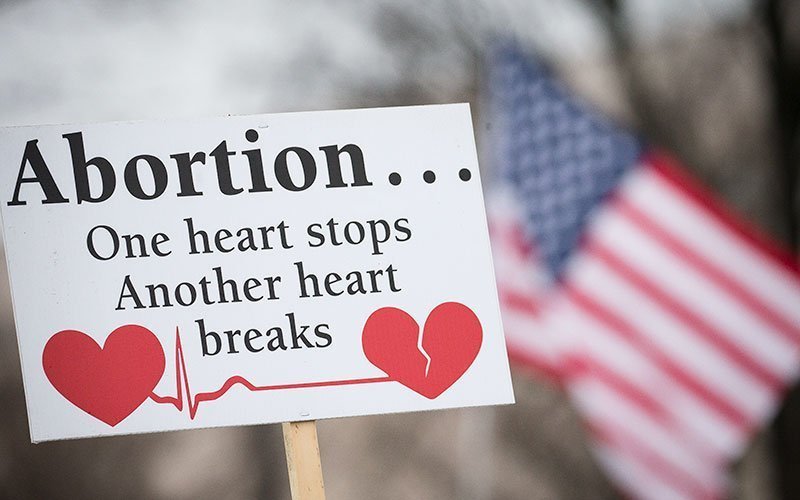 The order, which Trump signed the evening of Sept. 25, means “babies born prematurely or with disabilities receive a basic medical assessment and appropriate care as required by our federal laws,” said Archbishop Joseph F. Naumann of Kansas City, Kansas, who heads the U.S. Conference of Catholic Bishops’ Committee on Pro-Life Activities.

“In addition to our laws, basic human rights demand that no baby born alive should be abandoned and left to die due to being disabled or premature,” the archbishop said. “Every human life, regardless of its stage of development or condition, is precious and irreplaceable and deserves a shot at life.”

Trump’s action orders the U.S. Department of Health and Human Services to make certain federally funded facilities comply with current law to provide life-saving medical care for infants who survive abortions, are born prematurely or are born with disabilities. The order also calls for more funding for research “to improve outcomes” for these babies.

Trump announced he would be signing the executive order in his remarks during the annual National Catholic Prayer Breakfast Sept. 23, which this year could not be an in-person event because of the pandemic and was livestreamed to over 10,000 registered participants.

Jeanne Mancini, president of the March for Life Education and Defense Fund, issued a statement shortly after the president’s remarks, saying the order will “provide necessary legal protections for some of the most vulnerable in society”

“These steps had to be taken,” she said, “because some Democrats in the Senate promised to block legislation that mandates basic medical care for children who survive an abortion — an extremist view shared by vice presidential candidate Kamala Harris.”

Trump told the breakfast participants, “We believe in … the eternal truth that every child, born and unborn, is made in the holy image of God. … I will always defend the sacred right to life.” He said his order will “ensure that all precious babies born alive, no matter their circumstances, receive the medical care that they deserve. This is our sacrosanct moral duty.”

Trump’s opponents and some obstetricians and gynecologists say existing law already provides protections to newborns, whether born during a failed abortion or under other circumstances. Trump’s order ensures federally funded hospitals are aware of the law.

But Sen. Ben Sasse, R-Nebraska, the lead co-sponsor of the Born-Alive Abortion Survivors Protection Act, S. 311, has said current law does not provide enough protections. His bill would protect newborns who survive abortions by requiring appropriate care and admission to a hospital. On Feb. 23, a Senate vote to advance the bill failed.

In other reaction to Trump’s planned executive order, said Carol Tobias, president of National Right to Life, “protects the youngest of patients and ensures that their right to life is defended to the greatest extent of the law.”

Kristan Hawkins, president of Students for Life Action, called it “a humane response to a struggling infant gasping for air.”

“The fact that Democrats in the House and Senate have blocked efforts to provide legal protections for babies born during botched abortions should horrify all Americans,” she said, adding that “one of the sleeper issues of this election cycle is infanticide, which is allowed under our current laws.”

The Guttmacher Institute estimates that out of about 926,000 annual abortions, about 12,000 take place after viability, or after 20 weeks, she said.

“The radical reality of Roe is that abortion is legal in the U.S. through all nine months, sometimes with taxpayer funding, and it offers no legal protections for babies born during botched abortions,” Hawkins said.