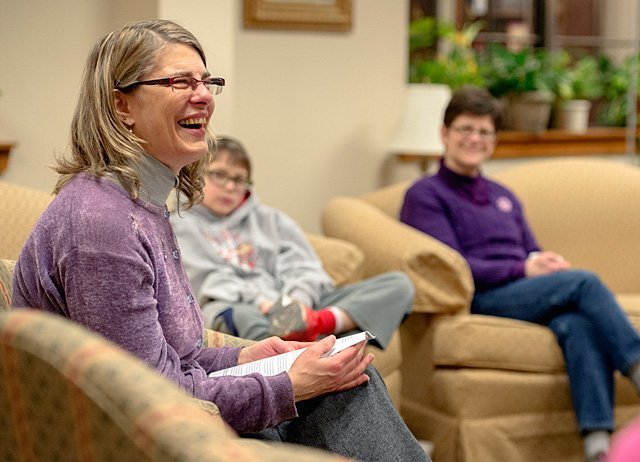 Parishioners in the Diocese of Rochester will have the opportunity Feb. 7-8 to show their disagreement with a proposed state law that would expand abortion rights.

Public Policy Weekend, an annual effort of the diocesan Public Policy Committee, will feature petition-signing at parishes across the diocese. The documents will then be forwarded to state legislators in Albany.

At issue is the Women’s Equality Act (A8070), which is the Public Policy Committee’s chief advocacy concern for 2014-15. Gov. Andrew Cuomo has strongly supported the bill since he introduced it in 2013. According to the New York State Catholic Conference, one of the bill’s 10 points would expand late-term abortion, allow people other than doctors to perform abortions, and make abortion exempt from regulations and restrictions.

The Women’s Equality Act passed the state Assembly in January 2014 but was blocked by the state Senate. Senate leaders say they would pass the bill’s other nine points — addressing such concerns as pay equity, sexual harassment, pregnancy discrimination, human trafficking and domestic violence — if they were decoupled from the abortion-related provisions. The Catholic Conference likewise supports the bill’s remaining nine points.

In addition to its focus on the Women’s Equality Act, the Public Policy Committee is focusing on a second advocacy priority: the Education Investment Tax Credit bill, which would award tax credits for people who make charitable donations for educational purposes. In a letter circulated through diocesan parishes, Bishop Salvatore R. Matano recently urged area Catholics to support passage of this legislation. Anthony Cook, diocesan superintendent of schools, also is asking people of the diocese to contact their local legislators between Feb. 15 and March 31 — the day before the state Legislature’s target date for passing a new budget — to call for passage of the tax-credit measure.

Along with the two advocacy issues, the Public Policy Committee has selected global climate change/care for creation as an educational issue. This priority meshes with longtime concerns of the United States bishops — concerns recently reiterated by Pope Francis — about harms that humans inflict on the environment.

The Public Policy Committee has additionally designated poverty — particularly among children — as a second educational issue. A report released in January 2015 by the Rochester Area Community Foundation cited the city of Rochester’s metro area as having the highest rate of extreme poverty among comparably sized cities nationwide. The report also named Rochester as the only city, within a range of 200,000 above or below its own population, where the childhood poverty rate exceeds 50 percent.