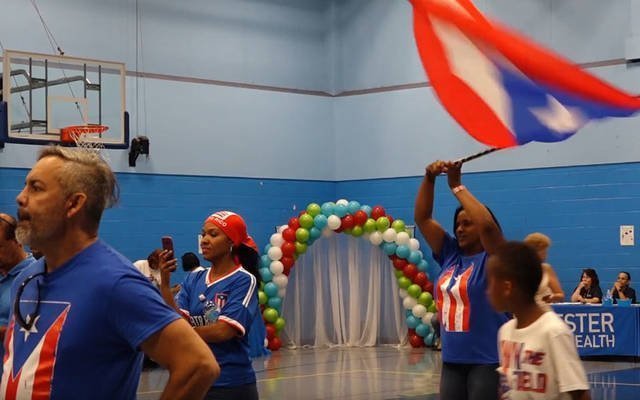 It has been 10 months since Hurricane Maria devastated Puerto Rico. Images of the destruction and emotional stories of the families in the U.S. desperately trying to help their families and friends on the island are still fresh in my mind.

Yet as time goes on, it is so easy to forget that many people are still dealing with the effects of this tragedy. I was reminded recently that our help is still needed and that there are people right here in Rochester providing it.

On the afternoon of July 14, I was at the David F. Gantt Recreation Center to cover an event for the Catholic Courier’s sister publication, El Mensajero Cat√≥lico. That day, Puertorriquenos Unidos en la Distancia (Puerto Ricans United in the Distance) hosted a summer kickoff event for Hurricane Maria survivors who are now living in Rochester.

The organization’s founder, Irene Sanchez, is a friend of mine. I remember reading her Facebook posts last September as she desperately tried to reach her mother and father in Puerto Rico. I remember how she felt helpless that she was so far away. Determined to help however she could, she created Puertorriquenos Unidos en la Distancia and organized a Zumbathon and Food Drive for Puerto Rico just days after the hurricane. Seeing her take immediate action was inspiring. Since that initial event, she has helped to organize many other fundraisers, food drives and events for the people of Puerto Rico.

Irene’s efforts, and the efforts of others in our community, have reminded me that we can’t forget about Puerto Rico. Thousands still need our help.

As the Rochester Puerto Rican community gathers this weekend for the Puerto Rican Festival and Puerto Rican Parade, let us remember the people of Puerto Rico and do just a little something to help.