‘Put not your trust in princes,' even princes of the church - Catholic Courier 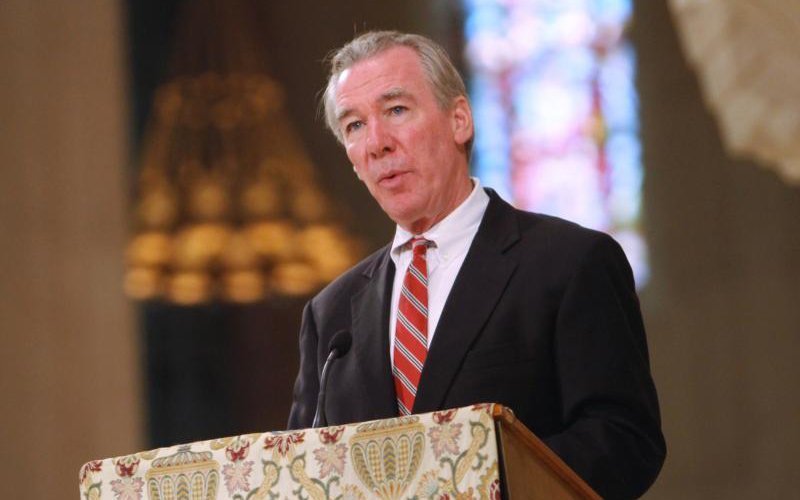 First, it is a serious blow to the church’s moral authority. We suffered something like this in 2002, with the disclosure of priestly abuse in Boston and elsewhere.

There was a time when a word from the archbishop of Boston was enough to derail measures in the Massachusetts statehouse that were contrary to the church’s teaching or harmful to its interests.

Now it has difficulty getting a hearing on issues of marriage, assisted suicide and abortion. In Boston and elsewhere, the church is almost defenseless against measures aimed directly at harming it: adoption rules, statutes of limitations, evidentiary privileges and so on.

We parents understand this problem. When children become teenagers they inevitably learn the sins of our past lives. We can have no secrets from them. I remember vividly the day one of our boys found a tin of weed lodged in the attic. (I will say by way of extenuation that it was very old.) When that happens, how can you preach on the evils of drink and drugs without sounding like a hypocrite?

These are occasions, we learn, for practicing humility and honesty, and maybe modeling those virtues for the children, though we may have failed at teaching temperance. I think this would be the right course now for the bishops as well.

But the loss of moral authority is not the worst of it. This time we may suffer a loss of faith as well.

Pope Benedict XVI was fond of saying that the saints are the living proof of faith — “an epiphany of God,” as he once put it. I fear there may be a different kind of truth in the reverse — evidence that church leaders have feet of clay may, for some, disprove the faith in their own minds.

I have heard this said too often, at first and second hand, to discount it. Not just by those who might have been abused, but by those in their circle of acquaintance, and even devout seekers further removed. “How could this church be the body of Christ,” they will ask, “when its bishops behave so shamefully?”

It doesn’t avail to insist that most of its bishops are good and holy men, as they are. People just don’t want to hear that now.

But there is another point that we need to keep in mind at times like this. The bishops of the church have had sinners among their number from early days. During the persecution of Diocletian, many of them, out of fear for their lives, succumbed to demands that they turn over Christian texts (hence the name “traditors” — the ones who handed over) and make offerings to the Roman gods.

Donatus, the bishop of Carthage, maintained that these lapsed clergy could not validly perform the sacraments anymore. This idea was carried further, to include any case of mortal sin — and the Donatists had quite a following in the fourth century.

The thing to keep in mind, as St. Augustine rightly argued at the time, is that the church is not holy because saints preside over it. God’s grace makes it holy. The sacraments derive their power from the work of Christ, not from our own feeble efforts.

It doesn’t ease the pain of our current distress to know this isn’t the first time people have left the church because some bishops abandoned their posts. But by now, we should have learned the lesson of Psalm 146: “Put not your trust in princes,” not even princes of the church. Rather, “happy are those whose help is the God of Jacob, whose hope is in the Lord their God.”