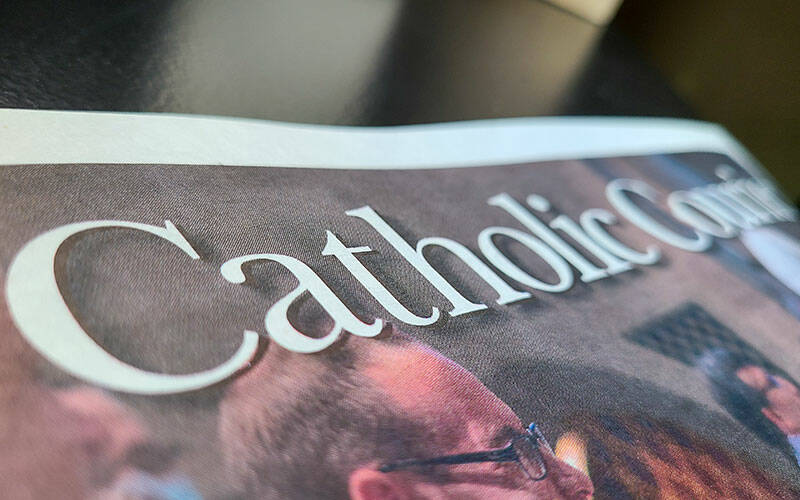 The Catholic Courier’s three, zoned Regional Life sections, which have been on hiatus since spring 2020, will return in the Courier’s October print edition. The sections’ return is partly inspired by feedback the Courier’s staff and board gathered from a recent readership survey, which was conducted online via the SurveyMonkey platform between April 10 and June 11.

Other initiatives that arose from the survey include a forthcoming series of profiles showing how priests and parish leaders live out their faith; another series explaining cultural and historical aspects of Catholic life and traditions; boosting the volume of youth and young-adult coverage; and enhancing communications with parish staffs to increase parishioners’ awareness of the Courier’s print and digital offerings.

Between 70 and 80 percent of the 800 people who responded to the survey expressed agreement with statements saying the Courier is an important community resource; provides information that’s not available elsewhere; helps them to learn about the Catholic Church and their faith; and connects them to the Diocese of Rochester and the universal church.

More than two-thirds of respondents said it is important to preserve the Courier’s print editions, and more than half opposed the idea of reducing or eliminating print editions in favor of digital offerings. At the same time, survey results indicated that the number of readers utilizing these digital offerings — including the website, three e-mail newsletters and presences on various social-media platforms — has increased since the last readership survey in 2016.

The Courierhas conducted readership surveys about every five years over the past several decades, but the 2021 survey was particularly timely because of significant efforts the Courier team had made during the previous 12 months to support readers navigating their way through a global pandemic, noted Karen M. Franz, the Courier’s general manager and editor.

Soon after COVID-19’s arrival in the region forced the temporary suspension of public Masses, the Courier began livestreaming Masses with Bishop Salvatore R. Matano. And as parishes began adapting to the pandemic by setting up their own livestreams and other initiatives, the Courier reported on COVID-related changes and initiatives at the parish level and provided regularly updated lists of parish liturgies available online.

One year later, “It seemed wise to check in with readers to see how we were doing and how they were responding to our increasingly digital emphasis,” Franz explained.

“Generally speaking, I would say survey responses affirmed our strategic direction,” she said.

About half of survey respondents said they received at least one of the Courier’s e-newsletters, for example, compared to just 27 percent who reported receiving an e-newsletter in 2016.

“But there’s still a lot of work to be done, especially in the area of promotion, as we haven’t made much headway in terms of the percentages of respondents who were aware of our social-media platforms, e-newsletters and website,” Franz said, noting that print subscribers who moved online during the last five years seem least likely to be familiar with Courier digital offerings.

The share of survey respondents who said they visit CatholicCourier.com at least a few times a year doubled from one-third in 2016 to two-thirds in 2021. Two-thirds of those who said they visit the website indicated satisfaction with the site, and the remaining one-third were neutral. Yet more than 60 percent of respondents who use social media said they did not realize the Courier is active on social-media platforms.

Respondents largely endorsed the current level of Courier coverage across a range of topics, although a number of respondents from the Finger Lakes and Southern Tier regions of the diocese reported a desire to see more coverage of people and activities from their own parishes.

This is exactly the type of coverage the Courier’s Regional Life sections focused on before they went on hiatus in the spring of 2020. The temporary suspension of the sections was necessitated by sharp declines in advertising sales — thus reducing the number of pages the Courier could afford to print — and the lack of parish activities to cover during the pandemic, Franz said. The staff also felt it important during that period to share coverage of parishes’ pandemic initiatives with the entire readership, not just those in nearby areas.

However, the resumption of many parish activities has coincided with Finger Lakes and Southern Tier survey respondents’ desire to see more local coverage. Thus the Courier staff is pleased to be able to bring back the Regional Life sections in October, Franz said.