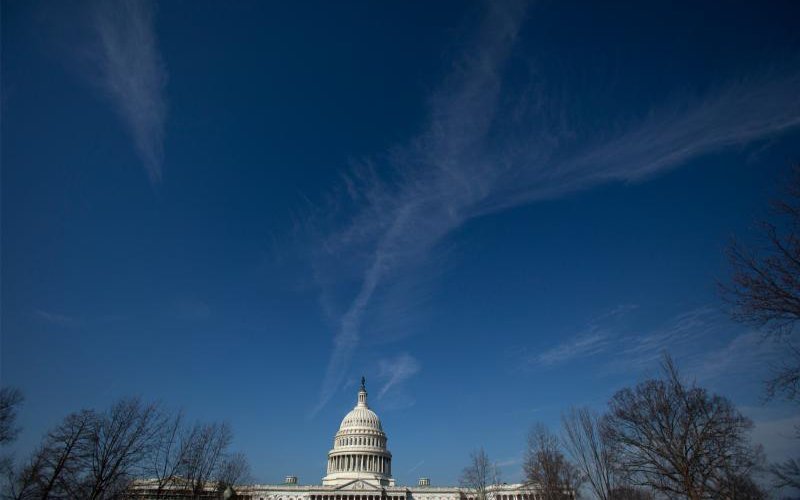 The Supreme Court gets attention not only for its decisions but also for what it chooses not to review. And March 4, it decided not to take up a pair of cases involving public funds for religious institutions. ((CNS photo by Tyler Orsburn)

WASHINGTON (CNS) — Nonprofit and religious leaders, including the chairmen of two U.S. Conference of Catholic Bishops’ committees, called on Congress to repeal a provision in the 2017 tax cut bill that taxes religious and nonprofit organizations for the cost of parking lots and transit benefits provided to employees.

In a letter March 1 to Democratic and Republican leadership on the House Ways and Means Committee, the religious leaders cited the conclusion of an Evangelical Council for Financial Accountability official who determined that the provision “effectively creates an income tax on churches for the first time in U.S. history.”

The leaders urged Congress to act soon because the affected organizations will begin filing tax forms and paying income tax on parking and transit benefits. The deadline for filing forms is April 15, which is Tax Day.

The signers said they welcomed the Dec. 10 guidance from the Treasury Department that they said “offered some relief” to entities facing the new tax, but that it remained cumbersome because it required the organizations to follow a four-step process to determine the amount of tax owed, which could vary month to month.

“Houses of worship should not be faced with this type of administrative burden. While we are grateful for Treasury’s guidance, we continue to urge Congress to pass a full legislative appeal,” the letter said.

The December guidance explained that nonprofits can rely on any reasonable method to determine parking costs in calculating the tax or use a method prescribed by the government. In addition, any nonprofits that failed to pay estimated taxes under the provision in 2018 to date at that time did not have to pay penalties.

However, the two Catholic bishops said that they still held concerns that even with the guidance, the “unjust” tax provision remains a concern because houses of worship and nonprofits still will be required “to file tax returns for the first time in our nation’s history and will impose a new tax burden” on them.

In their most recent letter, the religious leaders said that tax policy experts estimate that the provision will “extract nearly $1.7 billion in taxes from the charitable sector over 10 years.”

“The amount extracted is likely to grow,” they wrote, “as houses of worship and nonprofits are forced to shift resources form serving their charitable mission to dealing with paying this burdensome federal tax.”