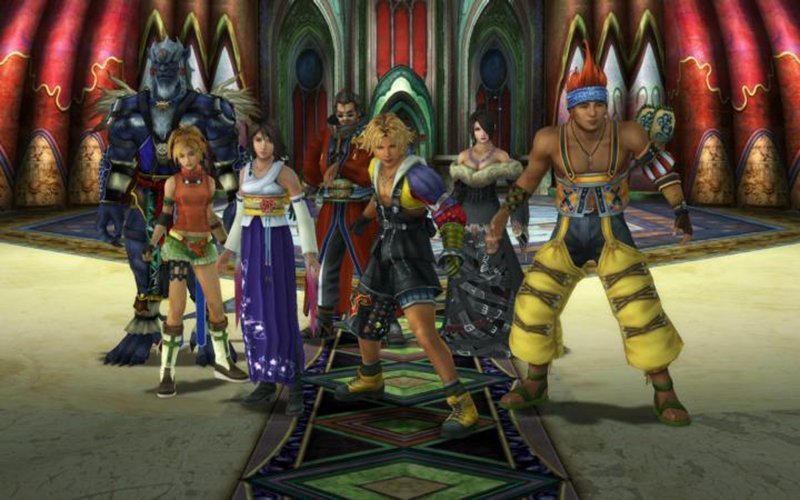 This is a scene from the video game "Final Fantasy X/X-2." (CNS photo by Square Enix)

NEW YORK (CNS) — An unforgettable saga of love and sacrifice finally arrives on Xbox One and the Nintendo Switch with the remastered version of “Final Fantasy X/X-2” (Square Enix). These epic games, originally released on PlayStation 2 in 2001 and 2003 respectively, thus become available to a wider audience.

“Final Fantasy X” introduces Tidus (voice of James Arnold Taylor), a celebrity athlete who is thrown through time and into a world called Spira. Spira suffers under the perpetual threat of a sea monster known as Sin. The people believe that Sin punishes the world every few decades because of their reliance on a technology they refer to as “machina.”

Tidus joins together with a young mage named Yuna (voice of Hedy Burress) and other companions to battle Sin and end Spira’s terror once and for all. He hopes the quest will help him find his way home.

“Final Fantasy X-2” is a direct sequel to the first game. It focuses on Yuna and her female companions as they seek to avert war and search for Tidus — who has gone missing.

Despite being nearly two decades old, both titles hold up exceptionally well with their graphics and their storytelling, especially with the extra polish that comes with a remaster. The battle mechanics are turn-based, often requiring gamers to think about long-term strategies and presenting them with some challenging boss fights. The games will likely appeal to new and veteran players alike.

The stylized combat uses magic and swords but involves no gore, nor is there any sexual content. Thus, although female characters in both games dress in mildly revealing or suggestive clothing, the combo is acceptable for teenage players. Both grown-ups and younger gamers will need to be well grounded in their faith, however, in order to tackle some of the more deeply imbedded aspects of these titles.

Originally intended for a Japanese audience, much of the story is influenced by Japanese history as well as by Shinto and Buddhism.

Some Westerners have debated whether the religious themes of “Final Fantasy X/X-2” are anti-Catholic because the plot involves a dark secret that connects a fictional church and the priests who serve it with the monster Sin. The developers have denied intending a critique of Catholicism.

That may be true since both Buddhism and Shinto are religions with temples served by priests, giving them a surface similarity with Catholicism. Still, indigenous religious beliefs about the soul and the afterlife, rather than Christian ideas on those topics, provide the structure for this fantasy world.

The narrative does condemn religious corruption and the willful manipulation of a trusting populace for the benefit and glory of an elite few. In that sense, the games don’t seek to turn their audience against God. Instead they offer a critique of establishments that use God for their own gain.

Well-catechized players will draw their own conclusions about the story’s stance toward faith. But they will undoubtedly be impressed by its underlying morality since characters display an exemplary willingness to lay down their lives so that others may live.

Playable on PlayStation 4, Xbox One, Nintendo Switch and PC (Steam).