Remember that we are resurrection people - Catholic Courier 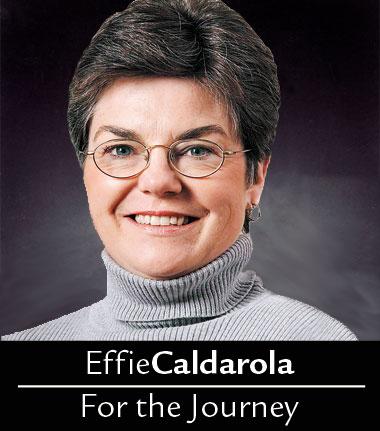 His obituary detailed a scant 24 years, a life beginning. No marriage yet, no kids. What’s that they say about boys’ brains not being fully formed until the early 20s? Heck, he barely had time to start making adult decisions, and now here he is, only a loving memory to family and friends.

I knew them both peripherally. We knew her children but had lost track over the years.

The young man who died was a friend of my son, and his death particularly touched me, probably because it deeply affected my son and their little posse of snowboarding buddies.

"Sunny," they called him, and I could see by his handsome picture that he probably earned the appellation. His family said Sunny loved winter best, for the snow-machining and snowboarding.

"Sunny had no fears and knew no boundaries," his family wrote. "He epitomized the true Alaskan spirit."

Unlike the woman who faded into old age, Sunny met a more violent end: While running some large equipment that clears brush and trees, his vehicle plunged through a frozen pond and ice prevented his escape.

Lent is a time when we are asked to contemplate death, most specifically our own.

This can sound incredibly morbid, but our pastor reminded us on Ash Wednesday that Lent is not an unhappy time. Yes, we’re asked to do some soul-searching, some sacrifice: penance, almsgiving, prayer. But we do it happily, because we are resurrection people. We already know the end of the story; we don’t need to wearily plod through Lent pretending we haven’t seen the victory over the tomb.

Looking at death is challenging even for people of faith, even when we know we must confront death to truly experience our life.

As I saw my son’s friends mobilize around Sunny’s death — some of them flew up from the Lower 48 even though they were in the midst of a college semester — I pondered the difficulty of dealing with death at that young age.

The young believe they are nearly immortal. Death happens to some old, decrepit version of themselves in a world light years away, not to healthy young guys. This is why they’re such risk-takers.

So it seems so wrong and shocking to see a friend die.

Another thing: The 94-year-old was a cradle Catholic, probably faithful from the day she was born. Like all of us, she probably had her moments of doubt, but most likely she, a product of her generation, relied throughout life on that childhood hope.

And even for those raised in faith, the existential angst that pulls the young away from their childhood tradition is a reality today.

When you look around your church, how many young singles do you see there? Something doesn’t bind them, and when death strikes, it must leave one feeling terribly unmoored, adrift in a sea of loneliness.

Let us pray for young adults today, that they will find that resurrection faith that gives life meaning and transcends the emptiness of death.