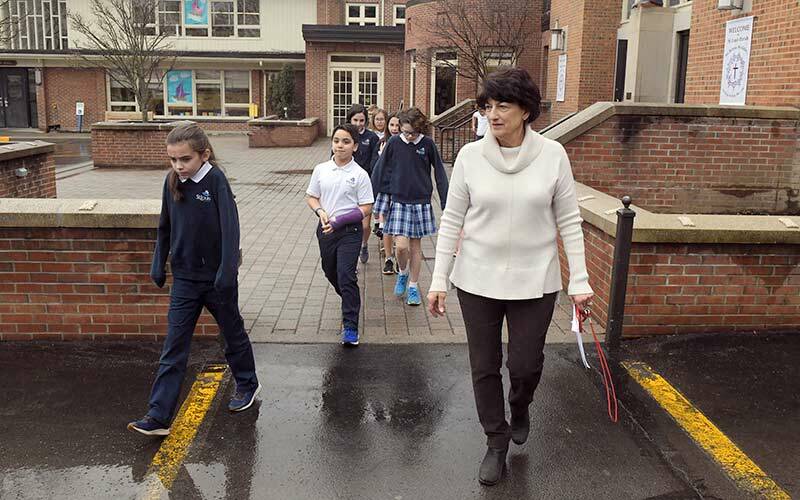 Fran Barr, former principal of Pittsford’s St. Louis School, and Jean Yorio, former principal of Horseheads’ St. Mary Our Mother School, each received the Lighting the Fire for Catholic Education Award. The award is presented annually by the Catholic School Administrators Association of New York State to honor Catholic-school leaders who help promote Catholic education in their own dioceses.

After years working in public schools, Yorio started as principal of St. Mary Our Mother School in 2015. Her principal position at the school included dual responsibilities in that role for the 2018-19 school year at Holy Family in Elmira. Like Barr, Yorio retired following the 2020-21 school year.