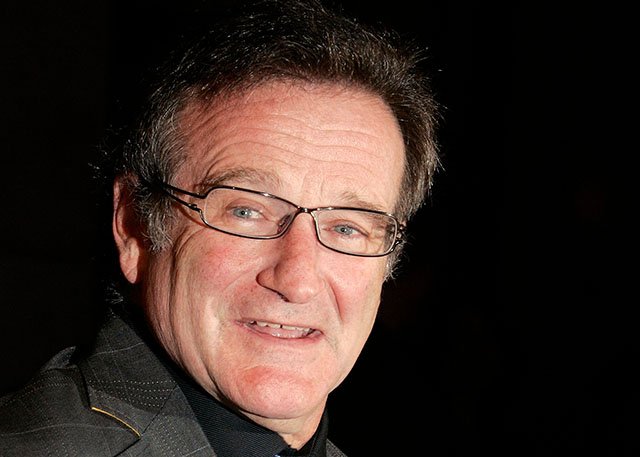 Actor Robin Williams is seen in this 2007 file photo. He was found dead Aug. 11 at his home in Northern California from an apparent suicide, the Marin County Sheriff's Office said.

What is the church’s stance on suicide?

WEST PALM BEACH, Fla. (CNS) — After 35 years of providing counseling and a Catholic outreach to families with a loved one who died by suicide, Father Charles Rubey has consulted on more than his share of the resulting funerals or wakes.

The priest is the founder and director of a Chicago-based ministry called Compassionate Friends, which later evolved into Loving Outreach to Survivors of Suicide, or LOSS, an entity of Catholic Charities of the Archdiocese of Chicago.

He still bristles when he occasionally hears misinformation or outdated notions concerning suicide and church teaching.

"The church’s official teaching in the catechism still lists suicide as a sin but they do add that in most instances there are extenuating circumstances that could severely impair culpability," said Father Rubey told Catholic News Service in a phone interview.

Twice recently he heard of someone suggesting to surviving families members that their loved one would be automatically deprived of eternal life as a result of completing suicide.

The incidents prompted the priest to draft an advisory memorandum for best practices in dealing with and discussing suicide situations in local parishes, and how best to minister to families already feeling the stigma of suicide and the mental illness that often attended the deceased.

"The church’s standing is to be pastoral to the survivors: They feel stigmatized anyway … and so we shouldn’t do anything more because it is a suicide, nor should we do anything less because it’s a suicide," Father Rubey said. "We do the normal rites and burial, not treating the situation any differently."

The Catechism of the Catholic Church notes that suicide "is seriously contrary to justice, hope, and charity. It is forbidden by the Fifth Commandment (and) contradicts the natural inclination of the human being to preserve and perpetuate his life. It is gravely contrary to the just love of self. … Suicide is contrary to love for the living God."

What the church no longer teaches is that suicide automatically condemns the deceased to damnation, while denying family members access to a Catholic funeral and burial privileges for their loved one.

The catechism notes that "grave psychological disturbances, anguish, or grave fear of hardship, suffering, or torture can diminish the responsibility of the one committing suicide. We should not despair of the eternal salvation of persons who have taken their own lives."

"By ways known to him alone, God can provide the opportunity for salutary repentance. The church prays for persons who have taken their own lives," it states.

The Aug. 11 death of actor-comedian and Chicago native Robin Williams has reignited questions about suicide, now the 10th leading cause of death in America. It is thought to often be accompanied by factors such as mental or other illnesses, substance abuse, the pain of social disconnect and other underlying problems.

Father Rubey, whose LOSS program has counseled thousands of family members of the years, said he is saddened but understanding at hearing of William’s apparent suicide and that he hopes people don’t think less of the actor as a result.

Williams, who was reportedly found dead by asphyxiation in his California home, was suffering from longtime bouts of depression and a history of substance abuse about which he spoke publicly and often with humor.

"Does it make sense to me? No, but I understand that he battled with this all his life and he got tired of the pain. I feel badly for the wife, and all of his fans," Father Rubey said. "He died of an illness and that is the important part of it, just as a person might die from a car accident or from a cancer. But with mental illness they look like everyone else (on the outside) and it may not be apparent."

In Baton Rouge, Louisiana, Bill Schmitz Jr., board president of the American Association of Suicidology, a Washington-based research and prevention nonprofit organization, said he grew up in Boulder, Colorado, not far from the house used in William’s "Mork & Mindy" TV sitcom, which aired in the late 1970s.

Fans were flocking to the house in the days following the actor’s death to pay their respects.

"My heart goes out to his family," said Schmitz, a clinical psychologist with the Southeast Louisiana Veterans Health Care System. "This touches all of the entertainment industry, just as it can an entire church congregation (in other cases). I think Williams was really trying to find answers, and I would have loved the opportunity to sit with him."

Schmitz told CNS that faith communities can and do play an important role in offering support groups and local networks for surviving family members. Churches can be part of the social cohesion that keeps people from completing suicide in the first place.

"For a lot of people faith life is a buffer and protector against suicide — one of the key components I look at is a sense of belongingness and a sense of community, and church communities are a powerful buffer against suicide because they fill that need so well," he said.

"Spiritual, physical and mental health are all interrelated and interdependent. A sense of belonging is more than just saying, ‘I attend services.’ It is really about that connection."

Where there has been a suicide, Father Rubey urged survivors not to make it "the family secret," and instead talk about it rationally just with any other tragedy — especially if there is a history of occurrence of suicide in a given family.

"Children have a right to know what is in their genes and it is part of the family history. It can be a very healthy learning experience: that this is not how you handle life’s problems," the priest said.

When loved ones ask him the inevitable question: is my loved one in heaven? "That’s a common question people have. My response is always: ‘Sure they are.’"