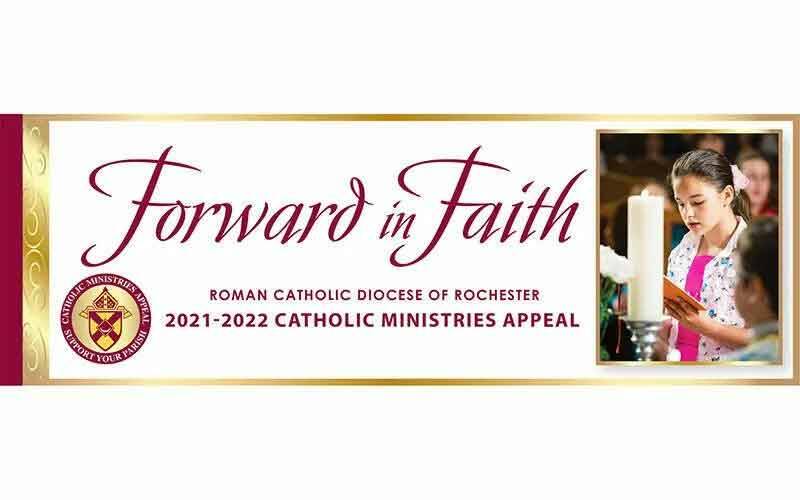 A few weeks still remain for the Catholic Ministries Appeal to reach its 2021-22 goal.

The 41st-annual diocesan campaign, begun last October with the theme “Forward in Faith,” will end May 31.

Colleen Brade, diocesan director of stewardship and the CMA, invites those who have not yet donated to do so — especially if their parishes are still short of their goals.

Brade said she’s extremely pleased with the campaign’s progress thus far. She noted that 45 parishes in the 12-county Diocese of Rochester had already surpassed their goals as of April 26, and 18 more parishes had reached the 90-percent level.

“I’m just truly amazed and humbled by the generosity of parishioners,” she said.

CMA proceeds fund more than half of the diocesan budget, fully or partially supporting programs, services and ministries that parishes across the diocese would struggle to afford on their own. They are not used for the settlement of legal cases.