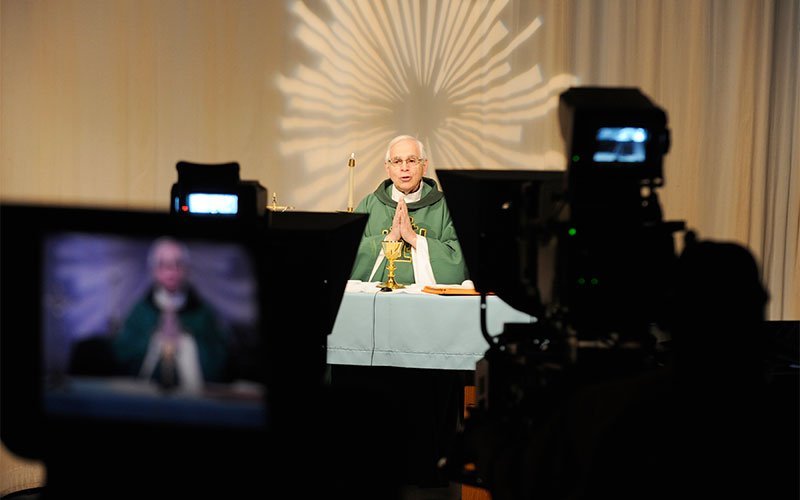 The locally popular “Mass for Shut-Ins,” which airs each Sunday on News10NBC (WHEC-TV), will move to a new time slot on Jan. 19.

The televised Mass, which previously had been broadcast at 7:30 a.m., now will air at 5:30 a.m. on Sunday mornings.

In addition, the Mass will air every Sunday at 8 a.m. on MeTV (over-the-air channel 10.2 and Cable channel 1245) and will be streamed at WHEC.com.

The “Mass for Shut-Ins” has been broadcast on the Rochester station for more than 50 years, and Father Thomas Mull has been celebrating the weekly Mass for more than 30 of those years. Guest celebrants include Bishop Salvatore R. Matano, who celebrated the Mass that aired Dec. 22, 2019.

Current and previous weeks’ recordings of the Mass also may be found here.