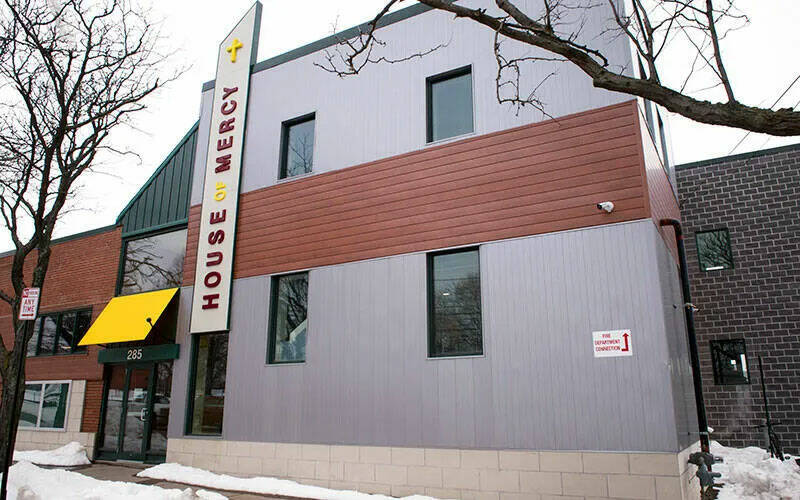 The House of Mercy, a Rochester homeless shelter, is temporarily closed as police investigate a murder that occurred there Aug. 7.(Courier file photo)

The House of Mercy, a Rochester homeless shelter, is temporarily closed during the investigation of a murder that occurred there Aug. 7.

According to a report from the Rochester Police Department, multiple calls about a stabbing at the homeless shelter were received at 10:45 p.m. Aug. 7. Officers arrived and found that two residents of the shelter had been stabbed. Michael Nairy, 68, was already dead due to multiple stab wounds, while a man in his 20s who had been stabbed was transported to the University of Rochester Medical Center with serious but non-life-threatening injuries.

The alleged suspect in the attack, 40-year-old Nathaniel Jeanpierre III, also a shelter resident, was taken into custody at the scene without incident, according to the police report. Police allege that Jeanpierre used a large, sheath-type knife to attack both victims while they were lying in their beds.

In an Aug. 8 press release, the House of Mercy said it will be closed until further notice in order to cooperate with the investigation. According to the release, the shelter is working with state and local officials to conduct a security review, and Rochester and Monroe County officials are assisting in temporarily relocating the shelter’s guests.