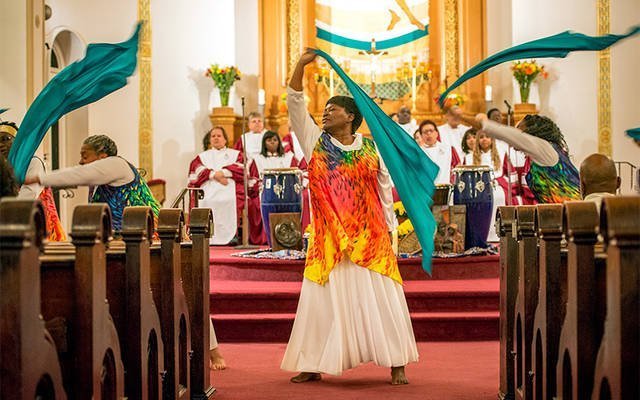 In honor of Black Catholic History Month, the Diocese of Rochester will host special rosary services in November to commemorate the people and events important to Catholics of African descent.

The rosary services are being sponsored by the Diocese of Rochester’s Office of Cultural Ministries and the Black Catholic Leadership Commission, a diocesan committee that aims for Catholics of African descent to fully participate in the life of the church.

“We are blessed in our diocese with the gift of many cultures. As we celebrate Black Catholic History Month, it is primordial to honor and recognize the rich heritage of black Catholics in our local churches,” said Bernard Grizard, diocesan director of the Department of Pastoral Services, which oversees the Office of Cultural Ministries.

“Discussions will include the Civil Rights Act being put in place, the March on Washington, Father Augustus Tolton and other important historical figures in black Catholic history,” Moor said.

She noted that Black Catholic History Month has been celebrated in the U.S. every November since being established by the National Black Catholic Clergy Caucus in 1990. According to Moor, the caucus — which serves as a fraternity for black Catholic clergy and religious — wanted to inform the faithful that the Catholic Church has had black members since an Ethiopian eunuch was converted by Philip the Deacon, an event that is recorded in Acts 8:26-40 and resulted in the spread of Christianity in Africa.

Today, more than 200 million people of African descent are members of the Roman Catholic Church throughout the world, according to the National Black Catholic Congress.