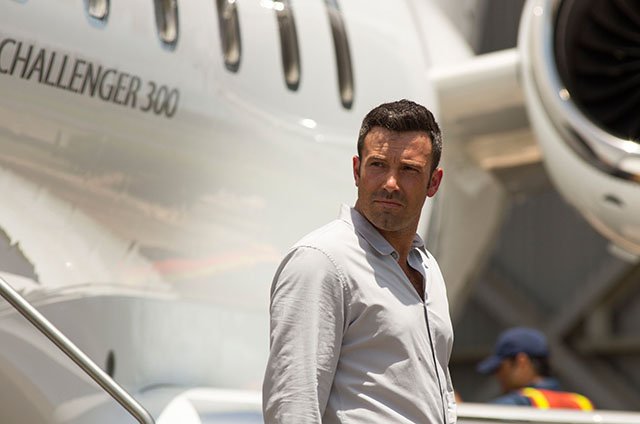 Scenes of decadent sexuality, moreover, together with the steadily recurring vulgarities that pepper the dialogue, render this cautionary tale about the moral seduction of a basically decent protagonist too seamy for a wide audience.

Justin Timberlake plays our flawed hero, ruined Wall Street executive-turned-graduate student Richie Furst. The innocent victim of his former firm’s downfall, Richie has abandoned the financial district in favor of the ivy-covered walls of Princeton University. There he earns most of his tuition from the fees a digital gambling concern pays him to steer his interested fellow students toward their website.

All this is very au courant and Occupy-ish, but not very exciting. So, enter the crusty old dean who lowers the boom on Richie’s enterprise, leaving Richie to try to parlay his small savings into the hefty price of a master’s degree from Old Nassau by doing some high-stakes betting of his own at a different site.

When this effort fails in spectacular fashion, Richie, certain that his massive loss was the result of cheating, sets off to Costa Rica to confront Ivan Block (Ben Affleck), the elusive CEO of the offshore company under whose auspices he came up short. The charismatic Block is so taken with Richie that he not only refunds the lad’s money, but offers him a high-flying job.

Sunsets, motorboats, wads of cash, not to mention tropical menswear reminiscent of an old episode of "Miami Vice"… what’s not to love? Well, for one thing, the fact that Richie spends much of his workday delivering bribes to local officials. And, for another, the sordid, bedroom-based blackmail scheme to which Block convinces Richie to resort in the drive to steal a top dealer away from the competition.

Whatever lessons Richie learns from his ever more perplexing dilemma, a healthy wariness of materialism turns out, in the end, not to be among them.