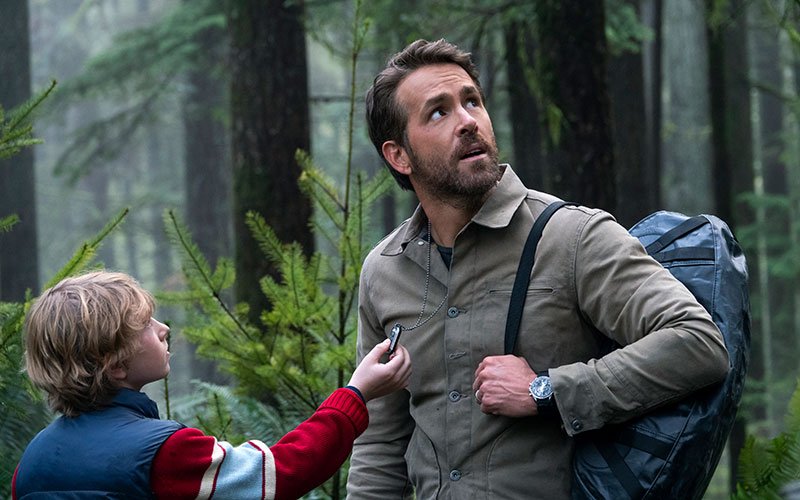 Walker Scobell and Ryan Reynolds star in a scene from the movie. (CNS photo by Doane Gregory/Netflix)

Viewers will find themselves thoroughly absorbed by ‘The Batman’

Like several other elements in director Shawn Levy’s film, this is clearly designed to appeal to the lad’s contemporaries in the audience.

Unfortunately, a script studded with vulgar expressions makes the movie grown-up fare instead.

There are, in fact, two Adams in this time-travel themed tale. Adult Adam (Ryan Reynolds) hails from the year 2050. Arriving in the present, he teams with his 12-year-old self (Walker Scobell) to nip a future problem for humanity in the bud.

Youthful Adam is undersized, asthmatic and a victim of bullying, largely because he has a big mouth. Reynolds, of course, is anything but a weakling, yet he’s still a wiseacre. As a result, there’s a smart-alecky tone to their exchanges that’s likely to prove more irritating to viewers than amusing.

Behind all the flip dialogue are some positive messages about family bonding, in particular youthful Adam’s need to be kinder toward his widowed mom, Ellie (Jennifer Garner). There are also unresolved emotions surrounding the untimely death of his scientist dad, Louis (Mark Ruffalo), that get sorted out as the plot moves forward.

But these themes come packaged in a screenplay, penned by a quartet of writers, that’s far from kid-friendly. So another of its implicit ideas — that put-upon real-life youngsters can look forward to a brighter future — is also off-limits to those at whom it’s aimed.

Their elders will find the shrill tone offset by a fast pace. Yet a momentary reference to the idea that the rules of chronology busting may require the two embodiments of the protagonist to forget that they ever met each other might be extended to “The Adam Project” as a whole. It’s ultimately more a serviceable experience than a memorable one.

The film contains mostly stylized violence with little gore, a scene of marital sensuality, several profanities, numerous milder oaths as well as considerable crude and crass language. The Catholic News Service classification is A-III — adults. The Motion Picture Association rating is PG-13 — parents strongly cautioned. Some material may be inappropriate for children under 13.