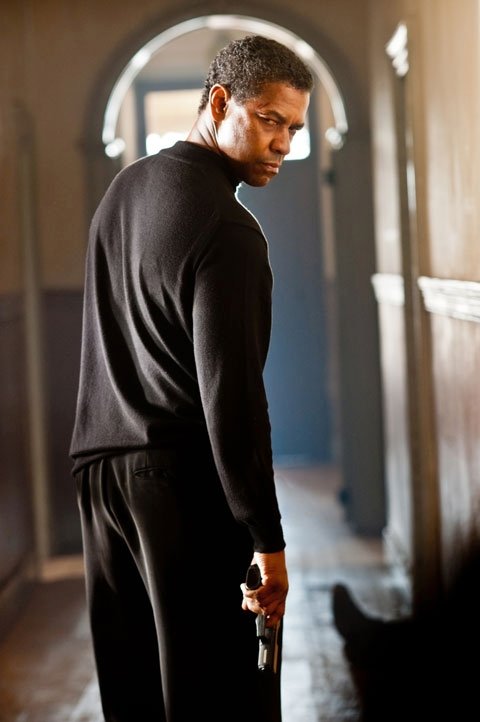 NEW YORK (CNS) — Moviegoers will find "Safe House" (Universal) anything but a refuge. In fact, the titular CIA facility, located in picturesque Cape Town, South Africa, provides the setting, early on, for a mayhem-ridden confrontation that turns out to be all too characteristic of this excessively violent and unconvincing espionage thriller.

Presiding over the place — a duty that initially involves more boredom than anxiety — is low-ranking but loyal operative Matt Weston (Ryan Reynolds). His tedious and solitary routine is suddenly interrupted, however, by the arrival of a high profile, heavily guarded prisoner: veteran American agent-turned-traitor Tobin Frost (Denzel Washington).

In a scene ripped from yesterday’s headlines, Frost is subjected to a version of waterboarding while Matt looks on with disapproving anxiety. But the tables turn when an unidentified group of gunmen stage a massive raid, taking out all of Frost’s guards with the single exception of — yes, you guessed it — untested Matt. The pair flee, and from there on in, it’s Matt’s task to keep Frost alive and in custody.

Given that screenwriter David Guggenheim’s script has already informed us, amid much other awkwardly handled exposition, that Frost is a master manipulator, viewers might be justified in hoping for something twisty and intriguing to ensue. Verbal and plotline pyrotechnics, say, of the sort David Mamet used to conjure up, back in the days of "House of Games" (1987) or "The Spanish Prisoner" (1998).