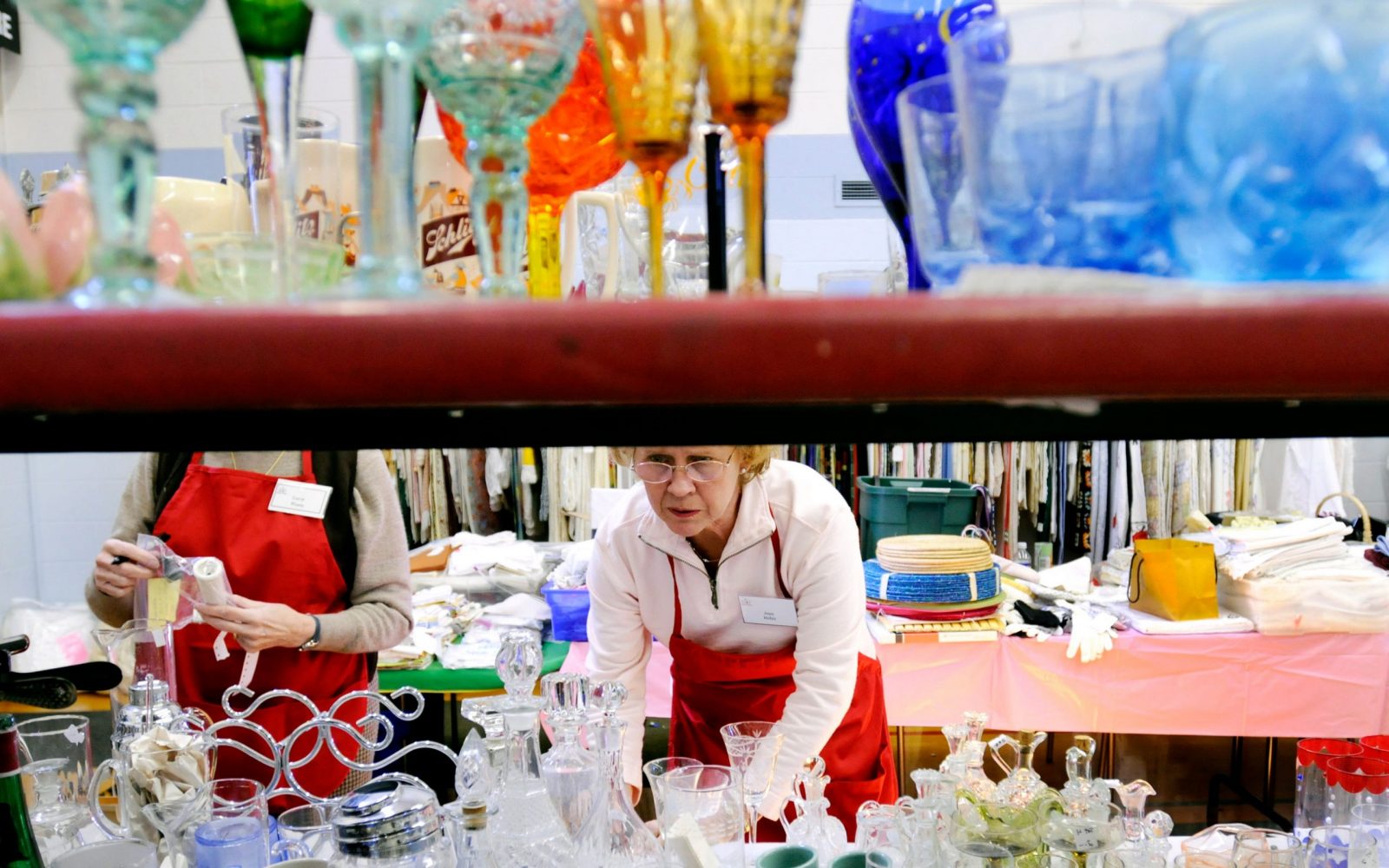 Thinking back on how the ministry Saint’s Place started 10 years ago, Colleen Knauf recalled that she had been pretty proud of how parishioners from St. Louis in Pittsford had helped set up a refugee family with an apartment, job, food and clothes.

Then she saw the living quarters of other refugee families who did not have parish sponsors.

“I was shocked,” Knauf said. “They didn’t have anything at all. Nothing. Their apartments were empty. Their closets were empty.”

Knauf began to give out spare items from her own home, and she reasoned that others might be willing to do the same. That was how Saint’s Place, a joint ministry of St. Louis Church and Catholic Family Center’s Refugee Resettlement Program, began in 1998.

Supporters also will celebrate with dinners at the homes of volunteers on May 31. Tickets for a cocktail reception and dinner are $75 per person, and the ticket cost is tax deductible. To participate, contact Saint’s Place at 585-385-6860 for details.

Knauf said she began the ministry by using her basement to store donations, asking fellow parishioners for donations and driving a truck to transport the items. In the first year, Saint’s Place helped more than 300 refugees.

She said it wasn’t long before donations took over her three-car garage and the rest of her home. In 2001, the ministry moved into a home owned by St. Louis Parish. Now, every spare corner of the building houses clothing or household furnishings, which are given to the nearly 500 legal refugees arriving each year.

“Anything that we get in that we think can be used by the refugees goes to the refugees,” said Michele Quinn, assistant director and volunteer coordinator of Saint’s Place.

Saint’s Place also provides its new arrivals with education. Volunteers tutor school-aged children and their parents at the Greek Church of the Holy Spirit on South Avenue in Rochester. Knauf said many refugee children arrive in the U.S. having had limited schooling.

“The success rate is phenomenal,” she said. “We were looking to get these kids through high school, and now they are going to college.”

Joan Keebler, a St. Louis parishioner, said she enjoys volunteering at Saint’s Place because of her friendships with fellow volunteers and with the refugees she serves.

“It’s sort of a, ‘There but for the grace of God, go I,'” Keebler said. “I can’t imagine what it’s like leaving your family and leaving your country. Under the circumstances, it would really be hard to be in a strange country, with strange customs and a strange language.”