Samuel is called to serve the Lord - Catholic Courier 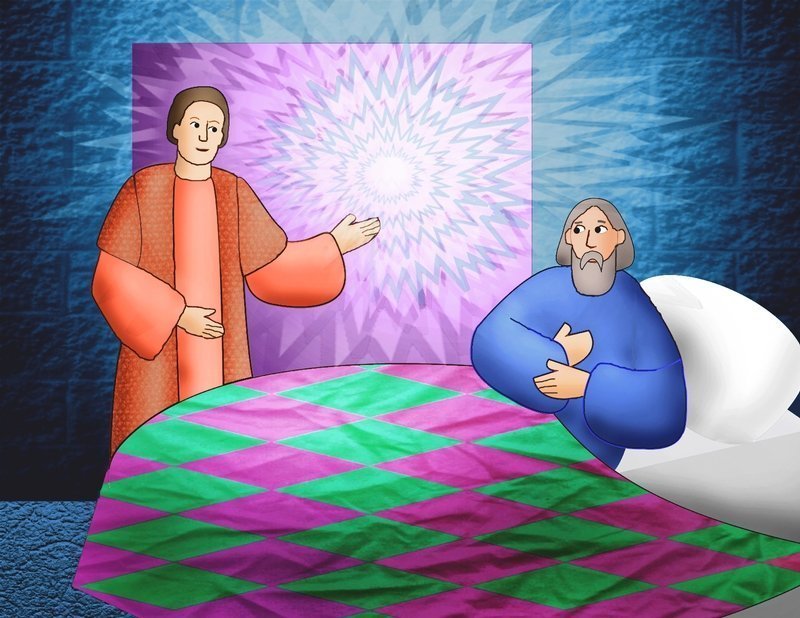 Samuel is called to serve the Lord

Samuel is called to serve the Lord

Hannah, one of Elkanah’s two wives, was very sad. She wanted children very much but did not have any. Peninnah, Elkanah’s other wife who had many children, always teased Hannah about this, which upset her even more.

Every year, Hannah went with her husband to worship at the temple in Shiloh, a city in what is now the West Bank of Israel. On one of these trips, she tearfully prayed to God, promising that if he gave her a son, she would give the child to the Lord’s service.

God heard Hannah’s prayer and gave her a son named Samuel. When Samuel was a little boy, she brought him to the temple in Shiloh to assist the priest Eli.

Samuel served at the temple during a time when God did not talk or give visions to the people very often.

So one night, when the Lord spoke to Samuel in a dream, the boy was confused. He went to Eli, thinking the priest was calling him.

Samuel returned to the part of the temple near where the ark of the Lord was and fell asleep.

Again God called out to Samuel, and again the boy ran to Eli, who told Samuel to go back to sleep. After this happened for a third time, Eli understood what was going on.

“Go to sleep,” Eli told Samuel, “and if you are called, reply, ‘Speak, Lord, for your servant is listening.'”

God told Samuel that he was going to fulfill a warning he had given Eli through one of his messengers.

Eli, whose family had served as priests since the time of Moses, had two wicked sons who disrespected the Lord and their priestly duties. Since Eli did not stop his sons’ evil ways, God said not only would his sons die, but Eli’s family would no longer be his priests.

God revealed to Samuel that his warning to Eli was about to come true. When Samuel awoke, he told Eli what the Lord had said.

After receiving this vision, Samuel became known as a prophet of God. And whatever visions Samuel received from the Lord always came true.

1. Whom did Samuel assist at the temple?

2. Who was calling out to Samuel?

In the Book of Exodus, God told Moses how to build the ark, which was made to hold the tablets on which God wrote the Ten Commandments.

The ark was very holy and powerful. Those who touched it were killed instantly. After crossing into the Promised Land, the Israelites would take the ark into battle and they would win. After the Israelites conquered Jericho, the ark was brought to the city of Shiloh. Many years later, the priests of Shiloh, Eli and his wicked sons, Hophni and Phinehas, fell out of favor with God. So when the Israelites brought the ark into a battle against the Philistines, they lost. The ark was captured, but the Philistines soon returned it, because the people of the cities where they brought the ark would break out in tumors.

The ark was brought to Jerusalem during the reign of King David, and his son, King Solomon, built a temple for it.

The ark remained in Solomon’s temple until it was destroyed by King Nebuchadnezzar of Babylon. No one knows what happened to the ark after the temple was destroyed.

St. Meinrad lived in ninth century Switzerland. He entered a Benedictine abbey and became a priest, but in 829, he went to live in the woods so he could be alone to pray. He was known for his holiness, so people would come to visit him. He moved farther away to a place now called Einsiedeln, where he lived in solitude for 25 years. In 861, he was visited by two men who wanted to rob him. Although the saint knew what the men were up to, he still offered them hospitality, giving them food, drink and a place to stay. The men killed him during the night and ran away when they found the saint had no treasure. We honor him on Jan. 21.