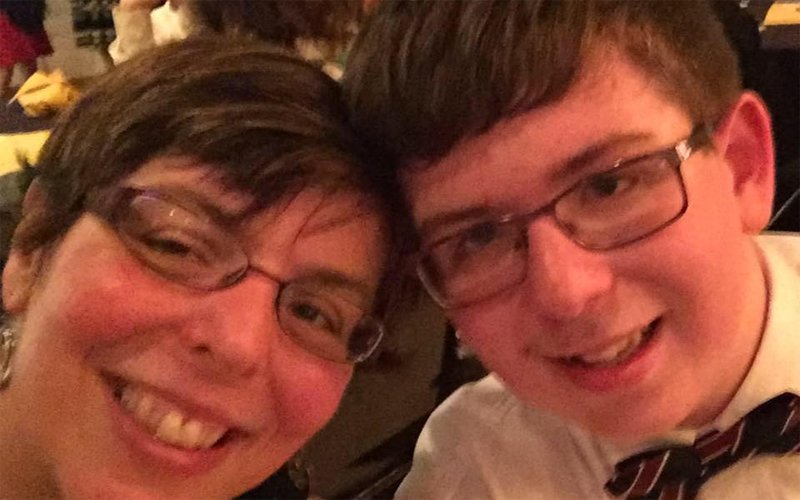 Puerto Rico, Mexico, Houston, Las Vegas — our world has experienced so much devastation lately that I wonder how much more anyone can take.

Then I think of the Lynch family, fellow parishioners of Our Lady of the Americas Church. What they have endured is beyond the toll of any natural or man-made disaster.

In April, Patrick and Bernadette, who was battling cancer, suffered what no parent ever should. Their 14-year-old son, Michael, died after being struck by a car as he walked to school.

Bernadette and Pat served as incredible examples of faith, strength and grace after the tragedy.

She sought second opinions and tried new medications. Even as she experienced fatigue from the treatments, she made her way to Mass as we prayed fervently for healing.

As members of the one body of Christ, we have lost a sister. We had forged a relationship bound together by God, and now our parish family grieves once again.

I will remember fondly how we’d commiserate over stubborn children who didn’t want to get up for Sunday Mass. Bernadette would run in a few minutes late and my husband would tease her. She’d just roll her eyes at him.

I think of the closeness I witnessed as she sat between her two boys at Mass. She was fiercely proud of them, as Brendan excelled in sports and Michael in theater. When she became ill, one would rub her back as the other laid his head on her shoulders.

I pray you are now singing in perfect harmony with Michael’s dulcet tones. I know you are going to be watching and somehow directing Pat and Brendan’s care on earth.

May you rest in peace knowing their parish family will be watching over them too.

Calling hours for Bernadette Lynch will be held 4-8pm Tuesday at the Harris Funeral Home, 570 Kings Hwy S., Irondequoit. Her funeral Mass will be held Wednesday at 11 a.m. at Our Lady of the Americas Church, 864 E. Main St.