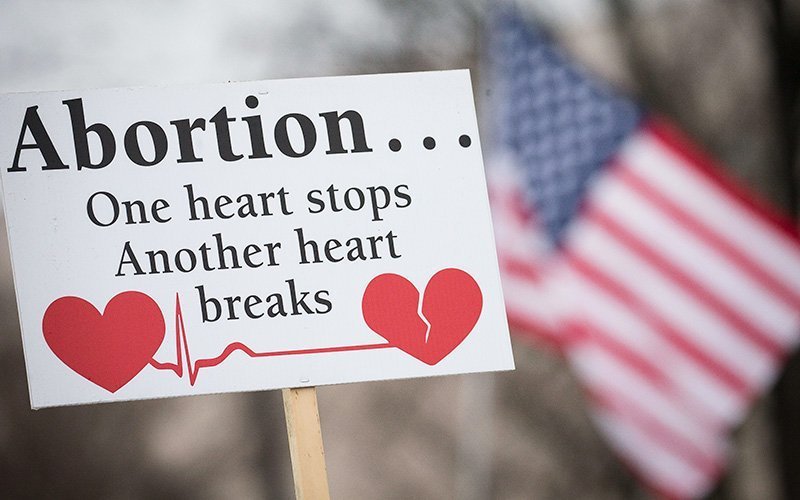 COLUMBIA, S.C. (CNS) — Saying “there are a lot of happy hearts beating right now,” Republican Gov. Henry McMaster of South Carolina signed a bill into law Feb. 18 that would prohibit most abortions if a fetal heartbeat is detected on ultrasound.

The South Carolina Fetal Heartbeat and Protection From Abortion Act requires a doctor to test for a detectable fetal heartbeat before an abortion is performed on a pregnant woman and prohibits the performance of an abortion “if a fetal heartbeat is detected,” except in the case of a medical emergency, rape or incest, or the presence of “a fetal anomaly.”

The law also says if an abortion provider is found guilty of not following the law, the person could receive a prison sentence of up to two years and/or be fined $10,000. A woman who receives an abortion in violation of the law could sue for $10,000 in damages.

“If there’s not a right to life, then what rights are there?” McMaster said. “What rights exist, if not the elementary, fundamental, profound right to life?”

As soon as the governor signed it, the law took effect. Almost immediately, Planned Parenthood South Atlantic and Greenville Women’s Clinic called it unconstitutional and filed suit in federal court seeking a temporary restraining order and an injunction to stop the law from being enforced. The first hearing in the case was scheduled for the afternoon of Feb. 19.

“Even after voters elected pro-sexual and reproductive health majorities in both chambers of Congress and the presidency, state legislatures across the country are doubling down on their attempts to systematically block access to abortion,” said Alexis McGill Johnson, president and CEO of the Planned Parenthood Federation of America.

“This is politics at its worst,” she said. “Planned Parenthood will continue doing what these elected officials refuse to do: ensure every person has access to basic health care, including abortion, if and when they need it. No matter what.”

In a statement emailed to USA Today Feb. 18, South Carolina Attorney General Alan Wilson said his office was named by the plaintiffs in the suit. “My office will vigorously defend this law in court because there is nothing more important than protecting life,” he said.