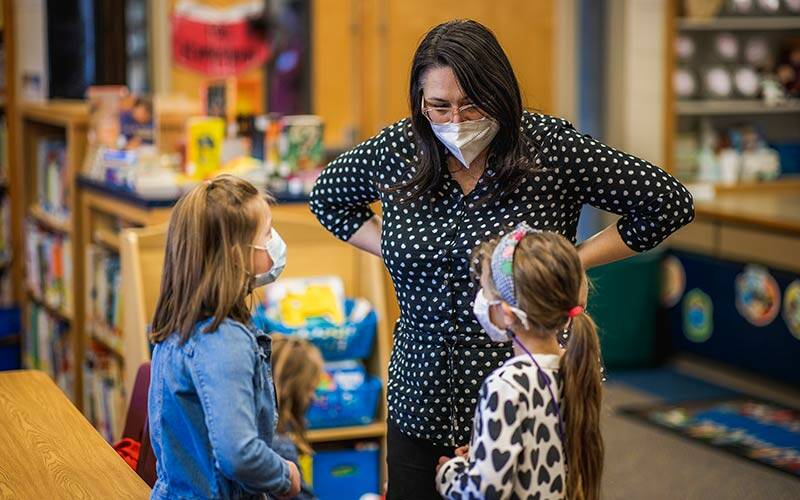 Students at Catholic schools in the Diocese of Rochester had questions following a May shooting at a Texas elementary school.

Nineteen children and two teachers were killed in that incident, when a gunman opened fire inside Robb Elementary School in Uvalde, Texas, May 24. As U.S. adults and children alike struggled to make sense of the tragedy, one student at St. Lawrence School asked Counselor Jacquelyn Kuhn why someone would do such a thing.

“I had another student ask, ‘What happened to the guy that shot those people?’” Kuhn recalled.

Kuhn said she chooses her words carefully when she responds to such questions.

“I turned that question around to the student and asked them what they think should happen to someone that does something bad and hurts other people, and then we talked about that,” she said.

In response to the question about why someone would shoot other people, Kuhn explained that sometimes people who are hurting will hurt others.

Such conversations provide an opportunity for Kuhn and other faculty and staff members to remind students about policies and procedures that are in place to keep them safe. Only the main office staff is supposed to buzz visitors into the building, for example, and others are not supposed to open doors for visitors or leave them propped open.

“I also explain that it is important if you ever see something out of place or something you know is wrong, you need to tell an adult,” Kuhn added.

Tips for parents to help them initiate, carry out conversations about school violence

Kuhn said she followed up each student conversation with a message to that child’s parents, explaining what types of questions the child asked and what was discussed. It’s important for parents to have their own conversations with their children about incidents that may be weighing on the children’s minds, she said.

When it comes to initiating a conversation about a sensitive or troubling topic like school violence, finding out what the child knows is always a good first step, Kuhn said.

Every conversation should include a reminder that the children have people in their lives who are there to protect them and keep them safe, Kuhn remarked.

Parents should look for opportunities to talk to their children about school violence or signs that the children want to discuss the subject but don’t know how to start the conversation, according to a fact sheet produced by the National Association of School Psychologists.

“Watch for clues that they may want to talk, such as hovering around while you do the dishes or yard work. Some children prefer writing, playing music or doing an art project as an outlet. Young children may need concrete activities — such as drawing, looking at picture books or imaginative play — to help them identify and express their feelings,” the tip sheet stated.

It’s also important for parents, teachers and others who work with children to filter the information they provide and present it in a way that children can easily understand and handle, according to information provided by the American Academy of Pediatrics. Thus, a parent’s conversation with a kindergartner might sound different than a conversation with a high-school student, even if the general topic is the same.

Parents also should be on the lookout for signs that a child might be distressed and not coping well, according to the AAP. Some signs of such distress are:

• physical complaints, such as headaches or stomach aches

• behavioral changes, such as becoming more irritable or clingy

• emotional problems, such as sadness, fears, anxiety or depression