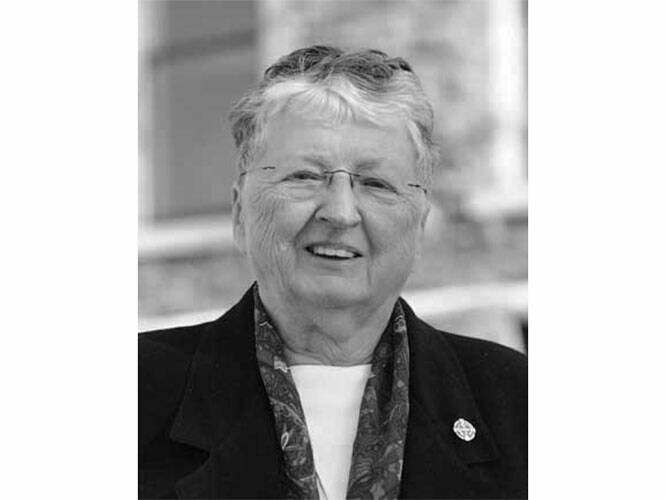 In 1956, she returned to Rochester to teach at Ss. Peter and Paul School. From 1963-69, she taught in the New York area at St. Anthony of Padua and St. Joseph. In 1969, Sister Roncinske became the librarian at St. Thomas Aquinas High School in Dover, N.H., and in 1976, she taught at Holy Angels Academy in Demarest, N.J. In 1997, she returned to Rochester to become switchboard operator and receptionist at Bishop Kearney High School.

From 1999-2007, Sister Roncinkse was parish minister at St. Margaret Mary Parish in Irondequoit, and from 2007-08, she was a volunteer at Monroe Community Hospital. In her retirement, she resided at St. Bernard Park in Rochester and Villa Notre Dame in Wilton, Conn., before going to Ozanam Home in Bayside, N.Y., in 2021.

Sister Roncinske’s funeral was celebrated at Our Lady of Fatima Church in Wilton, Conn., Aug. 22, 2022.

Contributions in her memory may be made to the School Sisters of Notre Dame Atlantic-Midwest Province, c/o Development Office, 345 Belden Hill Road, Wilton, CT 06897.