Scriptures contain many references to the number 40 - Catholic Courier 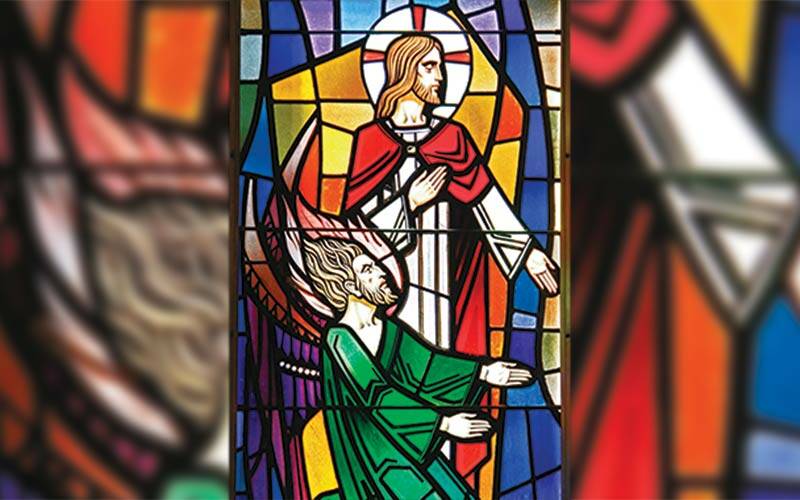 What’s in a number? Considering how many times “40” pops up in the Bible, it’s a question worth pondering.

Through their 40 days of Lenten observance, Catholics simulate the period Jesus spent fasting in the desert as described in Matthew 4:1-11, Mark 1:12-13 and Luke 4:1-13. Yet these are far from the only scriptural references to the number 40. Here are other notable examples:

• The Israelites wandered in the wilderness for 40 years before reaching the Promised Land of Canaan (Exodus 16:35, Deuteronomy 8:2).

• Goliath taunted the Israelites for 40 days before David defeated him (1 Samuel 17:16).

• The prophet Ezekiel laid on his right side for 40 days, bearing the sins of the people of Judah (Ezekiel 4:6).

• The Ninevites fasted in response to Jonah’s warning that God would overthrow Nineveh in 40 days (Jonah 3:4-5).

In addition to their links to the number 40, several of these events share themes of fasting and sacrifice, often in preparation for a significant event.

Moses, for example, received the Ten Commandments from God on Mount Sinai following his 40-day fast; the Lord appeared to Elijah on Mount Horeb (another name for Sinai) after his 40-day journey; and Jesus’ 40-day fast in the desert — where Satan repeatedly tempted him — preceded the start of his public ministry.

Today, the Catholic faithful dedicate themselves to 40 days of prayer, fasting and almsgiving to prepare for the joy of Easter Sunday.

With so many biblical references to Lent’s 40-day span, “It almost screams that there’s got to be a (deliberate) connection,” remarked Father Jeffrey Tunnicliff, parochial administrator of Schuyler Catholic Community.

Yet the Bible does not contain any specific references to Lent nor how long such a period should last. What we know today as a 40-day season was not firmly established until after the Council of Nicea in 325, according to church historians.

“One can safely conclude that by the end of the fourth century, the 40-day period of Easter preparation known as Lent existed, and that prayer and fasting constituted its primary spiritual exercises,” Father William Saunders, dean of the Notre Dame Graduate School at Virginia’s Christendom College, wrote in the essay “History of Lent.”

Nicholas V. Russo, assistant dean of the College of Arts and Letters at the University of Notre Dame, concurred that Lent became fixed at 40 days after the Council of Nicea. But in his essay “The Early History of Lent,” Russo noted that little reliable information exists regarding how Lent — and the fasting associated with it — developed in early Christianity leading up to the council. Similar uncertainty exists, he added, as to whether the fourth-century formalization of Lenten observance was based on scriptural references to the number 40.

“Especially if (the early church) could find solid biblical justification in Jesus’ own (40-day) fast in the wilderness, why are there no sources that tell us clearly of the custom?” Russo wrote.

“Did it really take the Church more than 300 years (until the Council of Nicea) to seize upon the idea of fasting for 40 days?” he continued, adding, “As with most issues in the study of the early history of the liturgy, certainty is elusive and we must be satisfied with possibilities.”

Father Tunnicliff, meanwhile, noted that the purpose of the season is far more important than finding precision about how Lent came to be defined as a 40-day period.

“God exists beyond time,” he remarked.