Season of the Witch - Catholic Courier 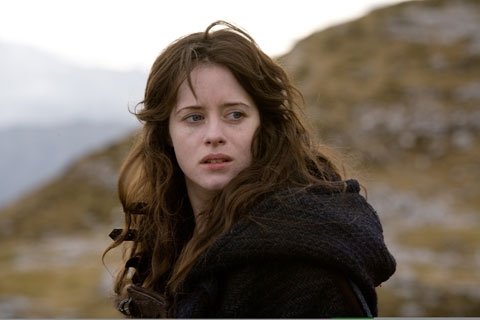 NEW YORK (CNS) — "I serve the church no more!" declares the main character in the baleful and boring medieval adventure "Season of the Witch" (Relativity). And, given the relentlessly negative picture of the era’s Catholicism that screenwriter Bragi Schut and director Dominic Sena present throughout their film, it’s little wonder he feels that way.

Said personage is a warrior named Behmen played, with much huffing and puffing and stomping about, by Nicolas Cage.

Together with his buddy and comrade Felson (Ron Perlman) — a dim bulb with a good heart — Crusader Behmen has mown down Muslim infidels by the thousands. But an atrocity involving the church-sponsored slaughter of innocent women and children causes a change of heart in both, and the friends go AWOL.

They find the territories through which they pass, as they make their way home, ravaged by the plague. (This is a somewhat surprising turn of events, given that, in the real world, the end of the last crusade preceded the outbreak of the Black Death in Europe by more than 70 years. But we digress.)

Eventually identified as deserters from the sacred cause, Behmen and Felson are brought before the horribly disfigured and dying Cardinal D’Ambroise (Christopher Lee) for judgment. He threatens them with incarceration — and perhaps worse — unless they agree to escort a young unnamed prisoner (Claire Foy) to a distant abbey so she can stand trial as a witch whose black magic has given rise to the fatal pest.

Accompanied by Father Debelzaq (Stephen Campbell Moore), the priest responsible for the accused sorceress’ interrogation (we’re shown the grim scars that process has produced), and by a motley crew of others, the pals set out on their rather less than epic journey.

Amid these proceedings, Schut and Sena dredge up every hoary cliche about the period from a con man pilloried for selling bogus relics (Stephen Graham) to a procession of flagellants scourging themselves to repel pestilence. Later, Debelzaq proves himself so ignorant of his faith that he begins Christianity’s most famous prayer by saying, "Our Lord who art in heaven."

Not surprisingly, then, in the climactic showdown between good and evil, Debelzaq and the others rely not on the Bible or the established rituals of the church but on a fictional version of an occult text called the Key of Solomon. As recited onscreen, this turns out to consist largely of Latin gibberish with some phrases from the extraordinary form of the liturgy thrown in for no very apparent reason.

One need not be blind to the serious shortcomings that characterized the human element of the church during the Middle Ages to recognize as gross caricature its portrayal here as a superstitious, oppressive force against which this forgettable action outing’s central figures nobly rebel.

The film contains pervasive anti-Catholic bias, occult themes, brief partial nudity, much — mostly bloodless — violence, some gruesome images, at least one use of the S-word and a few crass terms. The Catholic News Service classification is O — morally offensive. The Motion Picture Association of America rating is PG-13 — parents strongly cautioned. Some material may be inappropriate for children under 13.