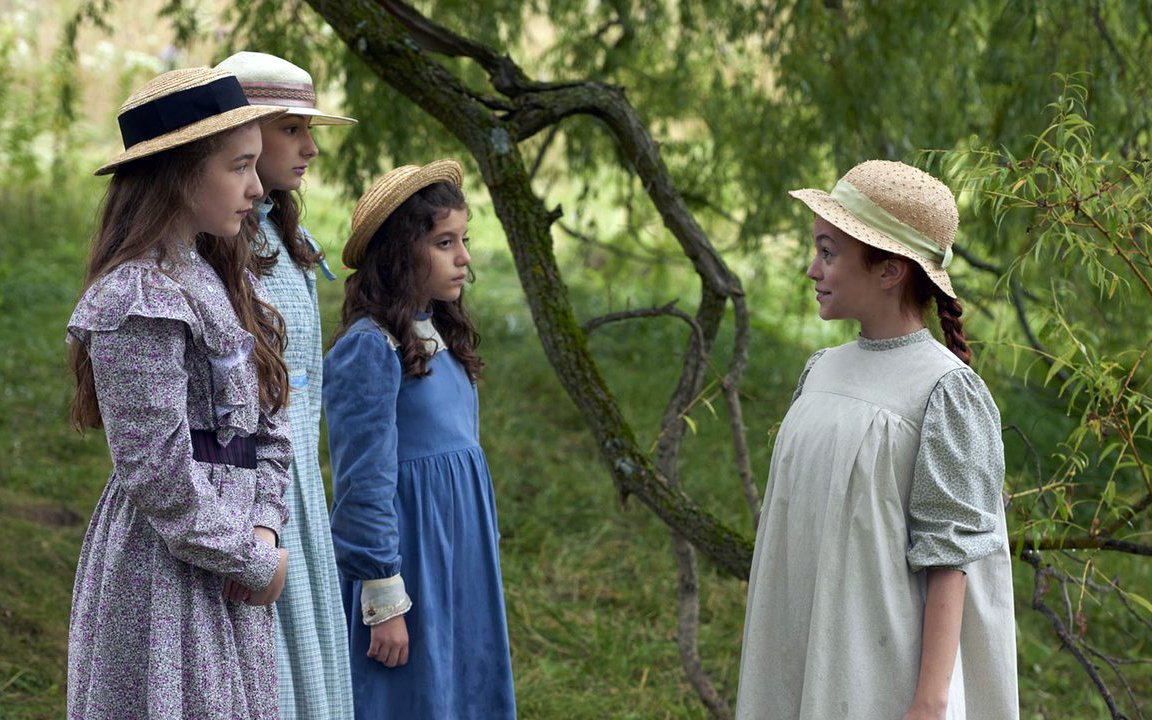 NEW YORK (CNS) — Most recently via “Anne with an E” on Netflix, Canadian author Lucy Maud Montgomery’s beloved 1908 children’s novel “Anne of Green Gables” has been produced many times as a film, play, musical and television series.

This is the second of three installments planned thus far. More than 3 million viewers watched this series’ first chapter on Thanksgiving night 2016. That initial episode will be re-broadcast immediately following “The Good Stars.” The third part, “Fire and Dew” is slated for 2018.

One character’s struggles with dementia may upset some youngsters. But — predictably, given its source material — nothing objectionable happens in “The Good Stars.” It thus makes suitable viewing for all ages, a welcome rarity in our current media-saturated culture.

At the turn of the 20th century, Anne Shirley (Ella Ballentine), an orphan, lives in the fictitious town of Avonlea on Prince Edward Island in eastern Canada with a pair of unmarried adult siblings, Marilla (Sara Botsford) and Matthew (Martin Sheen) Cuthbert. The Cuthberts wanted to adopt a boy to help them on their farm, but were mistakenly sent 11-year-old Anne instead.

As this episode begins, Anne is a well-established family member who has recently turned 13. In her small, tightly woven community, she has also gained a reputation for doing things she shouldn’t, causing trouble and upsetting others.

One evening at dinner, Anne characteristically says to Matthew and Marilla that she can’t relate to Minnie Andrews (Aviv Cohen), a fellow student in her one-room schoolhouse. “She’s dull, poky, without a spark of imagination. All she ever says is: ‘I agree with that.'” Rejecting such passivity, Anne says, “You can’t properly sympathize if you haven’t done the thing yourself.”

However, as the stern but reasonable Marilla later reminds Anne: “Being interesting isn’t important. What’s important is being sensible.” Thereafter, “The Good Stars” unfolds in a series of incidents that reveal Anne’s resolve to tame her romantic and spirited nature and become more levelheaded.

While some viewers may lament the story’s lack of cultural diversity, several strong women do serve as Anne’s role models.

When Anne inadvertently frightens Diana’s elderly Aunt Josephine (Joan Gregson) during an overnight visit, Anne apologizes profusely. “Can you imagine my heartache” she asks, “at making such a mistake?”

Josephine becomes a maternal figure to Anne, and Gregson makes a memorable impression in her limited role. When Anne is contemplating doing something risky because she believes honor is the most important virtue, Josephine says, “Loyalty trumps honor. If we don’t know where our loyalties lie, how can make a difficult choice?”

Anne also becomes enamored of the new pastor’s wife, Mrs. Allan (Jess Brown). Because of her, Anne realizes, “religion could be such a cheerful thing.” “If I could be more like her,” she says, “I could be a better Christian.”

Anne takes it to heart when Mrs. Allan urges her to temper her “besetting sins, the ones committed out of habit,” and “to love yourself less.” Although Anne realizes being 13 is “more complicated than I imagined,” the insights of her women mentors edify her — and will likely have the same effect on young female viewers. That in itself is reason enough to recommend “The Good Stars.”

Despite its fortifying lessons, however, the show flows along too placidly and isn’t as dramatic as it should be. After Matthew becomes disoriented during a walk in the woods with Anne, for instance, the filmmakers touch upon, but don’t deeply explore, how Matthew’s confusion affects the family. Confronting this subject more directly would have enhanced the program’s impact.

This shortcoming will inevitably attenuate audience enthusiasm for this wholesome, family-oriented offering.