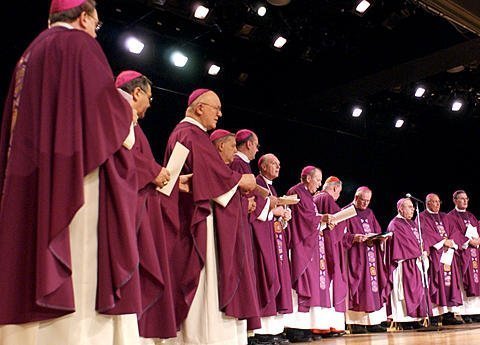 The bill, which was sponsored by Sen. Ruth Hassell-Thompson, D-Mount Vernon, would have allowed for lawsuits that had previously been time-barred because the alleged abuse occurred decades ago. It also would have allowed child sexual-abuse victims to file civil suits until they are 28 and mandated that the statute of limitations for criminal prosecution for child sexual-abuse crimes would not begin to run until the victim turned 23.

The New York State Catholic Conference had opposed S5893a because the bill could have devastating financial consequences to the Catholic Church as well as public-school districts and municipalities, and for the taxpayers in those municipalities, according to Richard Barnes, the Catholic conference’s executive director. Barnes said the Catholic conference is grateful to the 10 senators who voted against this bill, and said both the conference and the senators want to address the issue of child sexual abuse in an effective and comprehensive way.

"This bill would not have done that. Rather than punishing abusers today, it was focused on lawsuits for incidents in the long-ago past," Barnes said in a statement. "The targets were not the abusers themselves but their employers, such as school districts, churches and municipalities."

The bill not only would have devastated the ministries of the Catholic Church and other organizations, but it also would have encouraged fraudulent suits and left individuals unable to defend themselves, Barnes said. Instead, the Catholic conference is urging lawmakers to support an alternative pair of bills, A5708a and S3107a, sponsored by Sen. Carl Kruger, D-Brooklyn, and Assemblyman Vito Lopez, D-Brooklyn. These bills extend the civil and criminal statute of limitations but do not open a one-year window in the civil statue of limitations.

"We further encourage anyone who was ever victimized by a member of the Catholic clergy to come forward and report the abuse to the church and to civil authorities," Barnes said.