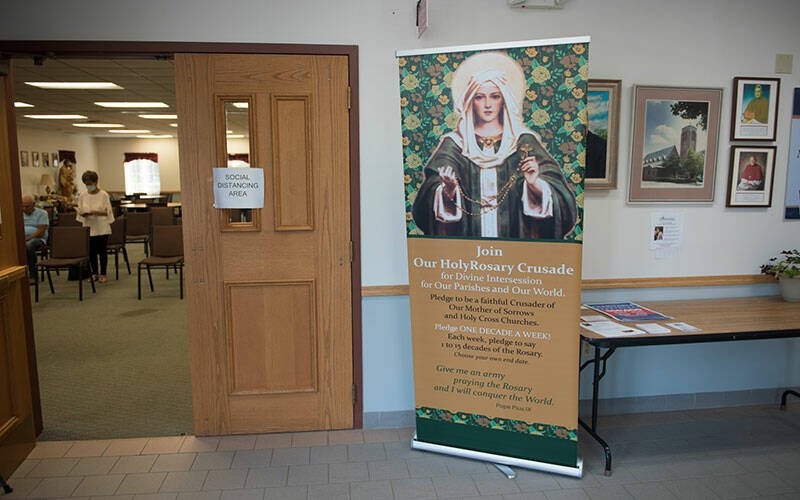 ROCHESTER — Seven northwest Monroe County parishes have formed a pastoral-planning group with a goal of maintaining vibrancy through collaboration.

A May 22 bulletin notice for the parishes said the planning group seeks to keep them vibrant “under the constraints of demographics, financial resources, and priest availability.” It also noted that formation of the task force was initiated at the parish rather than the diocesan level.

A second bulletin notice on July 31 noted that the group has discussed data compiled by task-force members for each parish on such topics as buildings and grounds, staffing, ministries, councils/committees, faith formation, ministry at hospitals and senior-care facilities, fundraising and new initiatives.

The July 31 bulletin notice added that the group’s objectives for the coming year are to be finalized in early October.

Challenges facing the planning group are reflected in Sunday-Mass attendance statistics provided by the diocesan Office of Pastoral Services. Combined attendance at the seven churches dropped by 62 percent between 2011 and 2021 — from 8,433 to 3,176 — with decreases at individual parishes ranging from 45 percent to 71 percent.

The coronavirus pandemic, which took hold in early 2020 and has severely impacted church attendance everywhere, has accelerated this trend: Sunday-Mass attendance in the planning group was 37 percent lower in 2021 than the weekly total of 5,065 just two years earlier.

Fewer people in the pews leads to lower collections, which in turn affects a parish’s ability to operate, noted Father William Coffas, pastor of Holy Cross and Our Mother of Sorrows. And “with less people coming to church, there are less people wanting to become priests,” he added.

Father Aaron Kelly, who was ordained July 2, is the only new priest in the Diocese of Rochester this year, and there are no priest ordinations scheduled for 2023.

Father Coffas said these realities, for which there is no clear end in sight, spurred pastoral leaders in the planning group to begin exploring together how they can adjust.

“This is where we are, even though it’s always good to look back at history with great nostalgia,” said Father Coffas, who also is dean of the Monroe Central Deanery. “To be prepared is really important.”

Father Coffas, who has served as pastor at Our Mother of Sorrows since 2015, was appointed pastor of Holy Cross in 2020 and is the only task force member leading more than one parish. He said he has sought for his parishes to increase their sharing of resources, citing as examples forming a single staff for both parishes; creating a joint pastoral council; and combining their bulletins into one.

He said these transitions have been implemented gradually and have generally been met with cooperation. “The phrase I keep using is ‘Building a bridge to Christ,” he said.

Father Coffas also noted that the food pantries at Holy Cross and Our Mother of Sorrows have done “a great deal of collaboration and sharing,” and that a “Rosary Crusade” prayer initiative involves nearly 500 people combined from both parishes.

A collaborative spirit extends to liturgies as well. For instance, he said celebrations of his parishes’ upcoming feast days — the feast of the Exaltation of the Holy Cross Sept. 14 and the feast of Our Lady of Sorrows the following day — will include both churches. A single Thanksgiving Day Mass also is celebrated each year, alternating between the churches, he noted.

Father Coffas said he’s pleased to see parishioners freely attending each other’s churches, as was the case at this year’s combined Holy Thursday liturgy at Our Mother of Sorrows and the Easter Vigil Mass at Holy Cross.

“Both churches were full. It was absolutely amazing,” he said.

Regardless of what the future holds, Father Coffas emphasized that the same spirituality now pervades Holy Cross and Our Mother of Sorrows as it did in the 1800s, when the two neighboring parishes were established.

“God is just as present now as he was then,” he said.