Sex and the City 2 - Catholic Courier 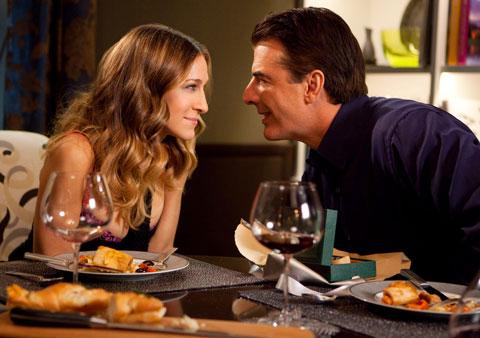 Having settled down herself at the conclusion of the previous feature, Carrie is battling the stay-at-home instincts of her husband of two years’ standing, John Preston, better known as Mr. Big (Chris Noth).

An all-expenses-paid jaunt to Abu Dhabi, courtesy of Samantha’s potential public relations client Sheik Khalid, provides only temporary relief from these pressures. But it does allow the quartet of pals to express their outrage over the repressive treatment of Muslim women by belting out a karaoke version of Helen Reddy’s feminist anthem "I Am Woman."

Their goal, as a later scene suggests, is not only to liberate their Middle Eastern sisters from the burdensome burqa — so lacking in style, so un-Bergdorf Goodman — but to empower them to carry condoms in their purses, as Samantha always does, just in case.

It’s hard to decide which aspect of this morally unmoored adventure rankles most: the caricature of Muslims, the confusion of promiscuity with empowerment or the materialist assumption that happiness can be found in conspicuous consumption.